California's Population Decreased for the First Time in Its History 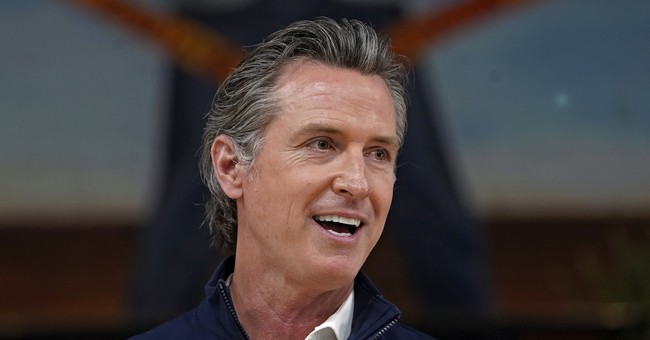 For the first time in the state's history, California will be losing a Congressional seat, according to the 2020 Census data released late last month, which Spencer reported on. The news from Friday now looks to California's own data, from the California Department of Finance, which estimated the state lost 0.46 percent of its population last year.

As Bethany Blankley wrote for the Center Square:

The population loss is the first the state has measured as an annual decline in the decades it has been tracking annual population data. In 2019, state demographers had estimated a population increase of 0.2 percent, or 87,494 people.

The drop follows decades of slowing population growth as both the birth rate and migration into California consistently fell. Last month, the U.S. Census Bureau reported that California grew by 6.1% over the past decade, a rate lower than the national average.

“Driven largely by a declining birthrate, the state’s population growth slowed in recent years and essentially hit a plateau,” said H.D. Palmer, the Department of Finance’s deputy director and chief spokesperson. “What’s temporarily tipped us into negative territory over the past year is deaths caused by covid, combined with the impact of immigration policy.”

The state's release blames the decrease on Covid-19 deaths and immigration. There's even a bold prediction that California will see population growth again for next year. "As pandemic-related deaths decline and with changes in federal policy, California is expected to return to a slightly positive annual growth when calendar year 2021 population estimates are released in May 2022," the claims.

Nowhere in the report is there mention of high cost of living and expenses which play a contributing factor, or of the policies of liberal Democrat Gov. Gavin Newsom, who is facing a recall election. Blankley reported that "Newsom’s office has dismissed the California exodus as “people with political axes to grind who want to put the hate on California.”"

Or maybe the hate actually is on California, from its own residents who have had enough.

Kim Bojórquez wrote for the Sacramento Bee that "California’s population declined for the first time ever last year. Here’s why." As she includes in her reporting:

Eric McGhee, a senior fellow at the Public Policy Institute of California, said California’s high cost of living makes the state’s population growth vulnerable to a shock like a pandemic.

“We’re not really growing in the first place,” he said. “The housing is really expensive here. It means that a lot of people end up moving out of the state because they can’t afford to live here...It’s a sign of some longer-term issues for California.”

Blankley had also reported on the population decline back in January, referring to Census data. Examples she reported on included:

“An older demographic and a wealth tax are among the reasons the state’s growth rate has stalled,” the Christian Scientist Monitor reported.

Population decline is “evidence of the housing shortage. Or simply put, it’s too expensive to live here,” Dowell Myers, a professor at the USC Price School of Public Policy and director of the Population Dynamics Research Group, argued.

William Fulton, a former mayor of Ventura and director of the Kinder Institute for Urban Research at Rice University, notes that the average home price in the Bay Area is more than $1 million. One of California’s problems is that it “has under-produced housing since the late ‘80s. It will take years – if not decades – of aggressive housing production to reverse that trend.”

Fulton explains, “Many cities and counties in California have constructed their whole approach to budgets around two things: 1. Ever-increasing sales taxes; 2. The front-end property tax increases and impact fee revenues that come with new residential construction. If population growth goes away permanently, sales tax may flatten and the front-end tax and fee revenues will likely stagnate. Cities will have long-term financial problems.”

Population growth decline was notable last year with residents and companies moving out state, bringing their tax dollars with them.

According to United Van Lines’ National Migration study based on data from its customers’ 2020 state-to-state migration patterns, 59 percent of its customers left California for another state as opposed to moving in to California.

Billionaire Elon Musk, CEO of Tesla and other companies, also moved to Texas from California, opening a new warehouse in the Austin area.

Last October, Ben Shapiro explained in an opinion piece for Fox News that he was leaving his home state of California for Tennessee:

We're leaving because all the benefits of California have steadily eroded -- and then suddenly collapsed.

Meanwhile, all the costs of California have steadily increased -- and then suddenly skyrocketed.

It can be difficult to spot the incremental encroachment of a terrible disease, but once the final ravages set in, it becomes obvious that the illness is fatal.

So, too, with California, where bad governance has turned a would-be paradise into a burgeoning dystopia.

He goes on to also reference concerns with drug use, homelessness, public nudity, public education, taxes, and cost of living. He knows he's not alone, either:

Taxpayers are moving out -- now including my family and my company. In 2019, before the pandemic and the widespread rioting and looting, outmigration jumped 38%, rising for the seventh straight year. That number will increase again this year.

Turbo Tax explained that California had the highest income tax for 2020, at 13.3 percent. It also is tied with Wisconsin for the 5th highest state and local tax combinations, at 11 percent.

World Population Review noted that California is the third most expensive state to live, with "notoriously high housing and transportation costs." It is only behind Hawaii (first) and the District of Columbia (second).

Shapiro also noted that "California has the worst regulatory climate in America, according to CEO magazine's survey of 650 CEOs. The public-sector unions essentially make public policy, running up the debt while providing fewer and fewer actual services."

Why then, in her headline for the New York Times, Shawn Hubler frames the issue as "A New Demographic Surprise for California: Population Loss," is beyond me.