No Matter the Spin, These Approval Ratings for President Are Less Than Stellar 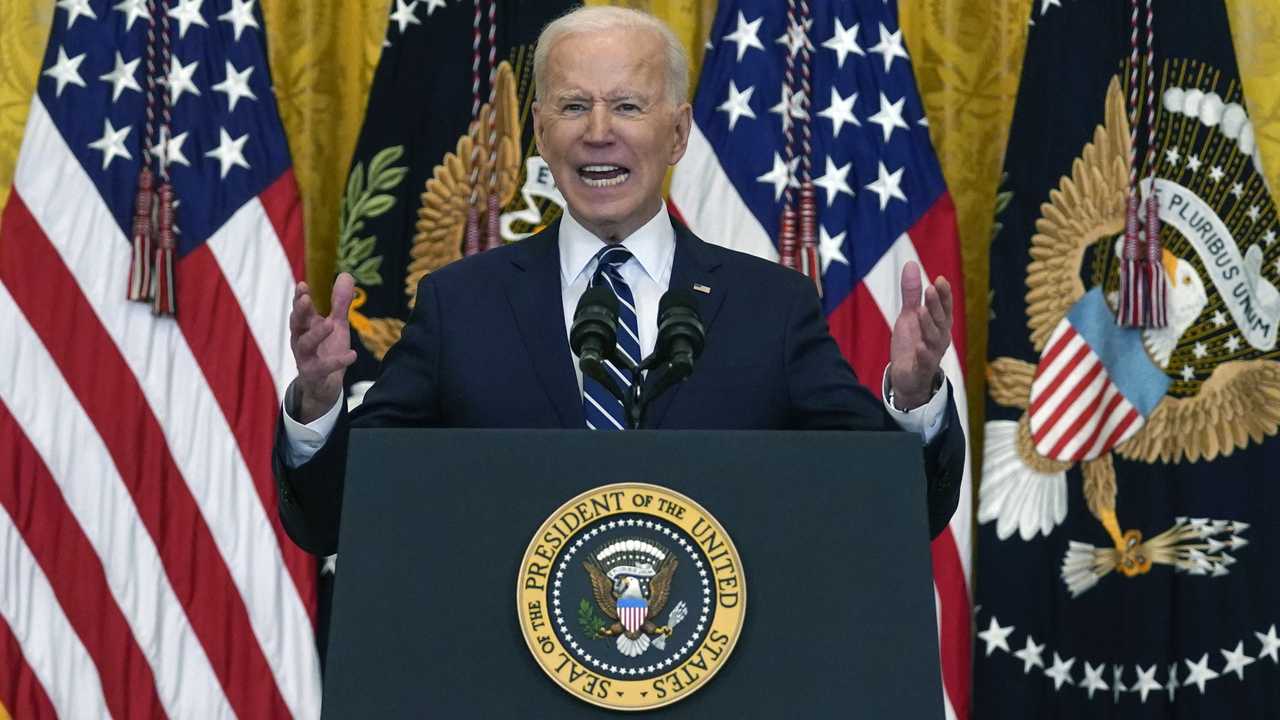 As promised in my last polling piece from this afternoon, here are the approval numbers for President Biden's first 100 days in office. His approval ratings from various polls is consistently in the low 50's, which is at least better than Presidents Donald Trump and Gerald Ford, both of whom only served one term. But, those are the only two presidents Biden beats in the 14 presidents from Truman to Biden, as ABC News' Gary Langer points out.

Let's start with that poll, then. "Biden's 100 days: Low-end approval, yet strong marks on pandemic response: POLL," reads Langer's title. The subheadline notes that "His April approval is lower than most of his predecessors, save Trump and Ford."

Here's another way of looking at Trump's ratings, however, with added emphasis:

By contrast, Biden's rating for handling the economy is essentially the same as Trump's in January, marking this as a clear challenge. Indeed, just 42% of Americans rate the economy positively, far below its pre-pandemic level; 58% instead say it's in not-so-good or poor shape. Presidential fortunes often are closely linked to economic conditions.

"The intensified partisanship of recent years is a factor in Biden's overall rating. Just 13% of Republicans approve of his work in office, exactly matching Democrats' approval of Trump at 100 days," Langer notes.

Addressing this "intense partnership" is how Langer starts his piece:

Intense partisanship is holding Joe Biden to a tepid job approval rating -- the third-lowest for any president at 100 days in office since Harry Truman -- along with continued economic dislocation, pandemic impacts and questions about Biden's view of the size and role of government.

He notes farther down:

More broadly, 53% express concern that Biden will do too much to increase the size and role of government in U.S. society. Relatedly, 40% see him as "too liberal," more than either of his most recent Democratic predecessors at 100 days – Barack Obama, 33%, and Bill Clinton, 26%. (This rose for Obama later in his presidency.)

Some voters were sold this idea that Biden would be "a moderate" president, but the reality is he's much more liberal.

Such a partisan divide our country is facing is consistently brought up with regards to Biden's approval ratings, with some spinning it in different ways than others. Then again, as someone who seemingly campaigned on and who while in office has maintained this sense of unity, key word "seemingly," President Biden and his allies need to stop making excuses and see it as an opportunity for rising to challenges.

Mark Murray is a little more selective in his reporting of the NBC poll, writing "Poll: At 100 days, Biden's approval remains strong. Can the honeymoon last?" The poll shows a 53-39 approval rating, 51-43 among registered voters. There is a lot less of a mention on illegal immigration and the border crisis. "Biden gets his highest marks on handling the Covid-19 pandemic and his lowest on the situation at the southern border," Murray writes in the opening paragraph.

At least Murray notes "that a whopping 80 percent still think the country is mostly divided, despite Biden’s promise to be a more unifying president." You mean a presidential candidate can't or won't keep to his promise once he got elected? "I'm shocked, shocked to find that gambling is going on in here," to quote Captain Renault in "Casablanca." In another part of his findings, Murray points to how "despite Biden’s positive marks on uniting the country, 82 percent of respondents in the poll say the country is divided, while only 16 percent say it’s united."

Murray's findings focus on positive marks Biden has on various issues. He mostly just mentions the issues where Biden gets poor remarks, with virtually no analysis on them. In addition to the 59-33 disapproval rating the president has on "border security and immigration," Biden has a 44-48 disapproval rating on "taxes and spending," 35-44 disapproval on China, and 34-55 on "the gun issue."

A plurality of voters have "very negative" views about both the Democratic Party and the Republican Party, at 28 and 29 percent.

Chuck Todd of "Meet the Press" very much fawned over the poll, as Fox News' Cortney O'Brien highlighted in writing "Chuck Todd: Biden's 53 percent approval rating is 'the new 60.'" While Todd more or less brushed off concerns on immigration and border control, O'Brien noted:

There are "warning signs," Todd admits. Americans' approval of Biden's effort on immigration and taxes are "upside down." But Todd says the public's discontent in those areas are "not bad enough" to impact his overall number.

Soon after he was sworn in, President Biden signed several executive orders into law that reversed President Trump's border agenda. Now, the numbers of migrants coming across the border is ovewhelming, with a record amount of unaccompanied children arriving in the States. Biden appointed Vice President Kamala Harris as his border czar, but critics note that she has yet to hold a press conference to discuss how she plans to address the crisis.

Some 8 in 10 Americans think the country is divided, yet President Biden’s approval rating is above 50%. @chucktodd weighs in. pic.twitter.com/zRFP2gMLSH

Todd's wasn't the only view on the poll. Fortunately others had more realistic ones:

"TODAY" anchor Willie Geist noted that relative to past presidents, Biden's approval at this stage isn't all that high. President Obama had a 61 percent approval rating at this time in office, but compared to his predecessor President Trump and "given where we are in the country, it's a pretty decent number," Geist argues.

While the polls consistently show Biden having higher approval ratings and better marks on the issues than his predecessor, I'm not all that impressed considering how much more moderate and unifying this Biden administration was supposed to be.

Other sites offer daily tracking, such as Rasmussen, which for April 23 had Biden at a 52-46 approval rating. Real Clear Politics and Five Thirty Eight also offer results based on a compilation of polls.