New Poll: Biden Gets Wrecked for His Handling of Immigration 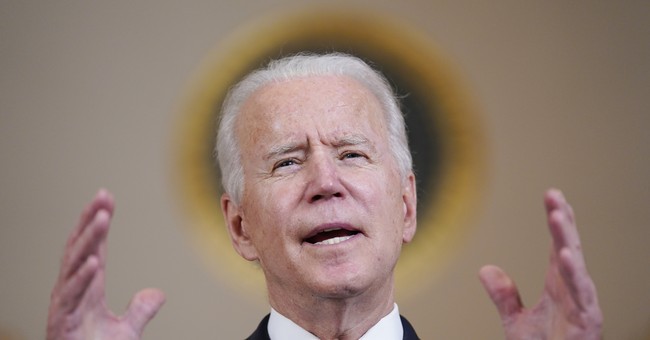 Any way you look at it, President Joe Biden has gotten quite the low marks when it comes to his handling of illegal immigration and border security. Since it's always someone else's fault, Democrats love to blame President Donald Trump, and claim that it was worse under him. Except the results of a new Fox poll released this morning show registered voters think otherwise.

A plurality of registered voters, at 46 percent, say "U.S. Border Security Compared to Two Years Ago" is "worse," which includes 75 percent of Republicans. Only 15 percent of respondents say it's "better." That's three times the amount who say it's worse.

Fox News' Dana Blanton notes then that "it's not surprising" that President Biden gets "his worst job ratings" on these issues. When it comes to immigration, a majority disapprove, at 52 percent, compared to 34 who approve. That's pretty much the same for border security, with 51 percent disapproving and 35 percent approving.

It turns out respondents are extremely or very concerned about a lot of issues right now. They're more so worried about other issues, like the economy (78 percent), gun laws (74 percent), health care (73 percent), and infrastructure (68 percent). That being said, the 67 percent and 65 percent expressing such concern on illegal immigration and treatment of migrants at the U.S.-Mexico border, respectively, means two-third still are that concerned.

Blanton offers further analysis on this:

The reason Biden’s ratings on border security and immigration are so low is because nearly 9-in-10 Republicans disapprove of how he’s handling both -- and approval among Democrats doesn’t match that. Just 64 percent approve on each issue, plus around 20 percent of Democrats don’t venture an opinion of his performance.

Good, Biden doesn't deserve support from his party if he hasn't earned it. That percentage of those Democrats who don't know is pretty significant too.

The American people are concerned, as they should be. The Biden administration certainly isn't helping when they not only refuse to call the crisis at the border for what it is, a crisis. White House Press Secretary had to double down on this as a form of damage control after the president managed to wander away from his handlers for a moment to say that it is indeed "a crisis."

It is because of Biden, and registered voters know that. A plurality of them, at 38 percent, when asked "How much is increase of migrants on border due to Biden being elected," say "completely." With the 18 percent who say "mostly," that means 56 percent think it's at least mostly to do with this president.

The leaders of Mexico and Guatemala say as much too, when it comes to "expectations" and "confusion" with the mixed signals the administration has sent.

Oh, and President Biden gets low marks on foreign policy and guns too, with the approval rates being 42-41 percent and 36-49 percent, respectively.

When it comes to Biden's overall job performance, 54-43 percent approve of the president. Which is similar to other polls, so stay tuned for more analysis on more polls.

Despite Biden having higher approval than disapproval ratings on his performance, more respondents are not satisfied when asked about "the way things are going in the country today," with 53-45 percent not satisfied. Thirty-three percent are "not at all" satisfied.