This Year's Grammy Awards Full of Sexual and Political Obscenities 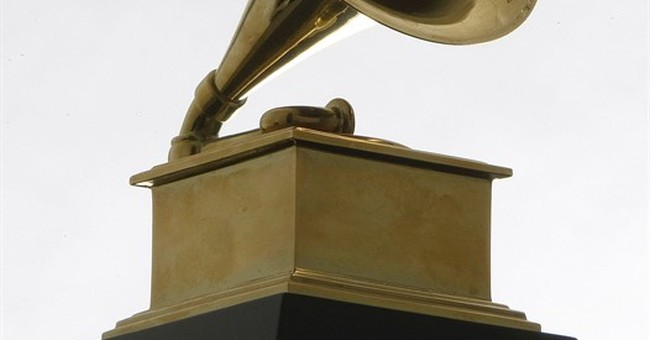 It was to be expected that Cardi B and Megan Thee Stallion's "WAP" was going to be performed at this year's Grammys, leading to a particularly obscene award ceremony. Media were quick to report that this was the first time the song was performed on stage. As a warning, even the featured images used in the referenced article may be considered too graphic.

The show was memorable in other ways, however, as summed up by NewsBusters.

Lil Baby performed his Grammy nominated "The Bigger Picture," though, in addition to the song, viewers were also treated to the audio of a speech from James Baldwin, given at Cambridge University in 1965:

When I was growing up I was taught in American history books that Africa had no history and neither did I. That I was a savage. About whom the less said, the better. Who had been saved by Europe and brought to America. And, of course, I believed it. I didn't have much choice.

Not only was Baldwin a Communist, he believed that to be anti-communist was to be racist.

Another lead-up to the song involved a black man, played by Kendrick Sampson, sleeping in his car being approached by white police officers who pull their guns on him, throw him to the ground out of his car, and then shoot him when he tries to run away.

Lil Baby in no way intended the political symbolism to be subtle. He rapped in the background of a chaotic scene, which included him going right up to police officers standing in riot gear. The song also featured Killer Mike who contributed the lyrics "Never forget in the story of Jesus the hero was killed by the state."

Particularly memorable a speech from Tamika Mallory, while people holding placards calling for racial change stood behind her:

Mallory is known for her anti-semitism and racist remarks about Black conservatives, or at least she should be. She and Linda Sarsour were ultimately considered too radical for even the Women's March, which they co-founded, and left in 2019, forming their own group, Until Freedom. Liberal media outlets had been turning on such co-founders as well.

Mallory also referred to Kentucky Attorney General Daniel Cameron as "no different than the sellout negroes that sold our people into slavery," and said that "you do not belong to black people at all." Until Freedom members marched onto his lawn to picket against his handling of the Breonna Taylor case.

What may be most damning about Mallory is her unapologetic association with the Nation of Islam's Louis Farrakhan. Mallory has used her far-reaching social media platform to promote the annual "Saviour's Day," started out to celebrate Nation of Islam founder Master Wallace Fard Muhammad, but which also goes after Jews. Mallory has also called Farrakhan the "GOAT." Mallory herself said the founding of Israel is a "human rights crime," and, in another instance, that it has no right to exist "at the disposal" of Palestinians.

Nevertheless, the Grammys still featured a message, which, among other things, condemned anti-Semitism. That bestowed the obscenity of hypocrisy upon viewers as well, then.

You'd be hard-pressed to find mainstream coverage of the awards show acknowledging Mallory's inflammatory remarks, as many hailed her and the overall performance. CBS Local New York had particularly glowing things to say about her, regarding her as a sort of local hero.

Award shows, which have continuously been on the decline now, have not been faring well for 2021, and this year's Grammys have already been declared no better. In fact, this awards show may even be more embroiled, including because of outcry from Jewish groups who condemned the inclusion of Mallory.