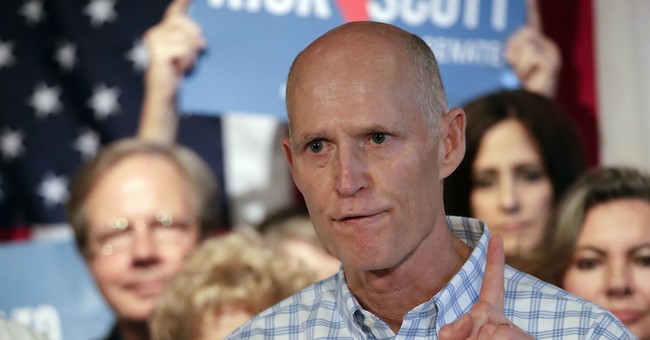 In the wake of the Biden administration’s failure on the Afghanistan withdrawal, Florida GOP Senator Rick Scott (R-FL) hinted that invoking the 25th amendment on the president may be necessary. President Biden’s botched approach has drawn criticism from Republicans and Democrats, and has brought his fitness for office into question for some lawmakers, including Scott.

After the disastrous events in Afghanistan, we must confront a serious question: Is Joe Biden capable of discharging the duties of his office or has time come to exercise the provisions of the 25th Amendment? https://t.co/l1bFrUdZH9

The president stood by his botched withdrawal that proved to be a disaster, and refused to take responsibility for the failure. While claiming "the buck stops" with him, Biden blamed his predecessor, and the Afghan military, government, and people.

Joe Biden wastes no time in blaming President Trump for the chaos in Afghanistan: pic.twitter.com/VzK05LqeWm