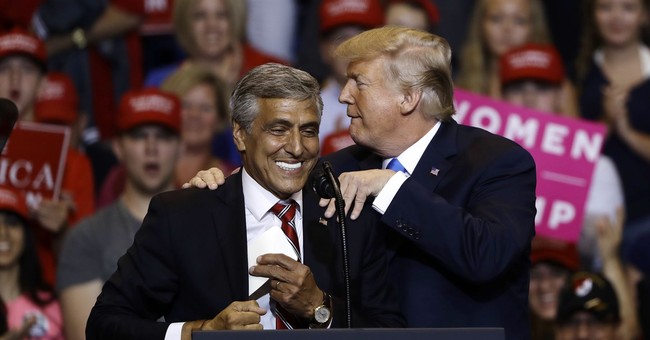 Former four-term Pennsylvania Congressman Lou Barletta (R-PA) announced his candidacy for the GOP nomination for governor on Monday morning. Barletta previously ran unsuccessfully against incumbent Democratic Senator Bob Casey (D-PA) in the 2018 midterm election and served as Mayor of Hazleton before that.

In his opening ad, Barletta hit Governor Tom Wolf (D-PA) on COVID nursing home policies, lack of job creation, school closures, and sanctuary cities, arguing that "politicians and bureaucrats" have too much power.

"The politicians in Harrisburg took too much power, and we all know what happens when you give politicians and bureaucrats more power. They’ll never give it back to us," Barletta said. "The solutions aren’t complicated. More than anything, we need someone to fight for you. So, let’s do it. Let’s take back Pennsylvania, together."

The solutions aren’t complicated. More than anything, we need someone to fight for you. So, let’s do it. Let’s take back Pennsylvania, together. pic.twitter.com/EPzUdTGomu

I’m in! I’m running for Governor of the Commonwealth of Pennsylvania.

We need bold leadership to help get Pennsylvanians back to work, our students back in the classroom, and our businesses booming again! Join Lou’s Team at https://t.co/pbkPEAcZXb. pic.twitter.com/x139anlFsD

Wolf is term-limited and not eligible for another four years as governor. No other candidates on either side have formally announced bids for governor thus far. Cook Political Report and Inside Elections rate Pennsylvania's 2022 gubernatorial race as a "toss-up" or "battleground Democratic."