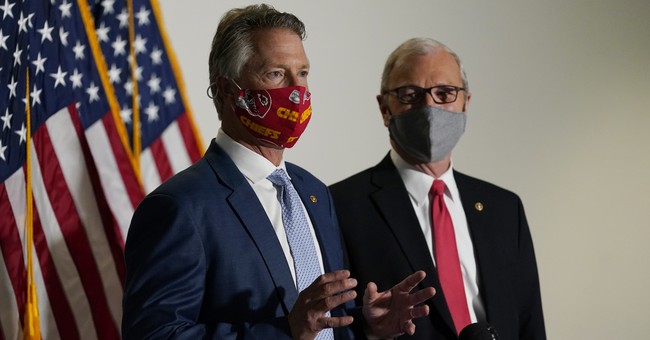 The Democratic majority in the House of Representatives passed legislation recognizing D.C. statehood on Thursday, and the measure now heads to the Senate. Granting D.C. statehood has minimal GOP support, and it is unlikely to overcome the 60-vote threshold in the upper chamber.

Republicans argue that D.C. statehood is a “power grab,” and Marshall warned that Democrats want to “tip the scales of power” in their favor.

“Their [Democrats’] latest effort to grant D.C. statehood is just another example of their political greediness and goal to alter the very fabric of our republic. Americans recognize this blatant power grab intended to increase the number of Democrat Senators so they can enact their radical agenda and forever tip the scales of power in their favor,” he said. “If the Democrats want D.C. statehood, make it part of Maryland.”

This is another example of the Dem’s political greediness and goal to alter the very fabric of our republic. Americans recognize this power grab is intended to increase the # of Dem Senators so they can enact their radical agenda & tip the scales of power in their favor.

With the filibuster intact, Democrats’ D.C. statehood “power grab.” also supported by the Biden administration, is unlikely to advance in the Senate.