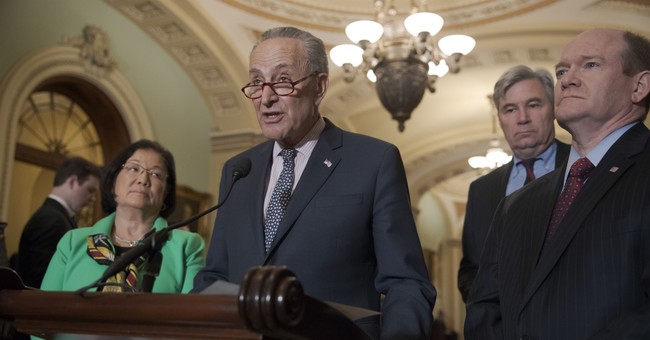 The Senate overwhelmingly passed a bill aimed at cracking down on anti-Asian hate crimes on Thursday, with only Senator Josh Hawley (R-MO) voting against the legislation.

By a vote of 94-1, the Senate PASSED S. 937, (A bill to facilitate the expedited review of COVID-19 hate crimes) as amended. This vote was subject to an affirmative 60-vote threshold.

Hawley previously said that the bill was too “broad” for his liking.

“I’m just concerned the bill is hugely broad, hugely open-ended," he said during the bill’s progression through the Senate. “It just you know the ability and power to define crimes, to define incidents going forward, and collect all that data, it just seemed hugely, hugely over broad."

After bipartisan work to negotiate the bill’s language, Republicans offered dozens of amendments to the legislation. GOP Senator Ted Cruz (R-TX) hoped to add in a provision that would halt funding from institutions of higher education that discriminate against Asian Americans, but the measure was not approved.

NOT AGREED TO 49-48, Cruz/Kennedy amendment #1456 (prohibit Federal funding for any institution of higher learning that discriminates against Asian Americans in recruitment, applicant review and admissions) to S. 937 (COVID-19 Hate Crimes). 60 yea vote threshold.

Cruz called Democrats' rejection of the amendment an "unbelievably cynical move" and accused the majority party of "paying lip service to fighting discrimination." The amendment aimed to crack down on discrimination against Asian American students in the college admission process.

The bill now heads back to the House of Representatives.