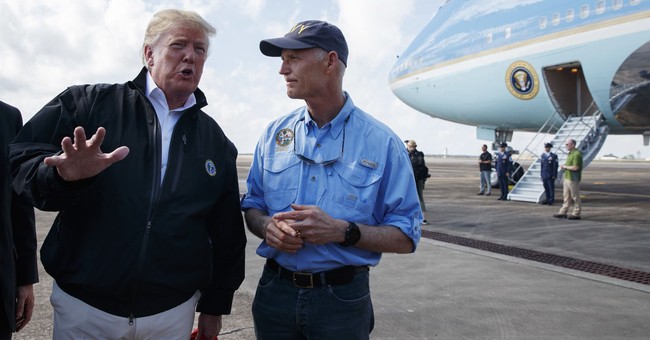 The National Republican Senatorial Committee (NRSC) announced a major cash-haul in quarter one of this year, as the midterm election fight heats up. The committee raised $23.1 million in the first quarter, with $8.34 million coming in during the month of March.

The fundraising haul empowered the GOP Senate arm to alleviate the previously-held debt, to the tune of $5.4 million. As it stands now, the committee holds no debt and boasts $12.3 million in cash-on-hand. Over 200,000 donors contributed to the NRSC during quarter one, with nearly 20,000 of those contributions coming from first-time donors.

Chairman Rick Scott (R-FL) touted the substantial fundraising quarter, as Republicans hope to take back the Senate majority in the 2022 midterm election.

The @NRSC is heading into Q2 with more than $12 million cash on hand and some big accomplishments this quarter!

“I’m proud to announce that in March, the NRSC paid off all of the debt carried over from the previous cycle, the earliest either the Democrat or Republican Senate committee has paid off debt in recent history, and goes into the second quarter of 2021 with more than $12 million cash on hand,” Scott said on Tuesday.

The committee has seen fundraising momentum since the beginning of the 2022 cycle, following Republicans' pair of losses in Georgia's runoff elections in January; those losses ultimately gave Democrats a slim majority in the Senate.