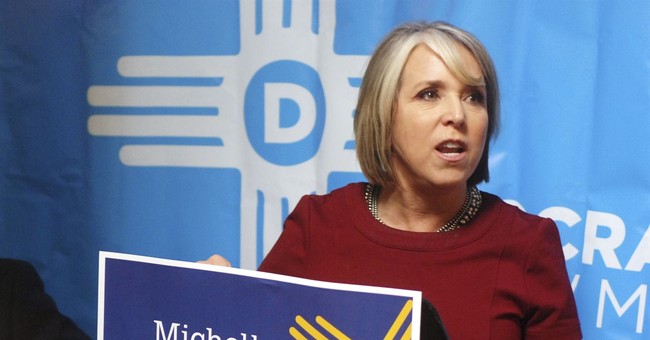 New Mexico Governor Michelle Lujan Grisham (D-NM) is under fire for an alleged situation of sexual harassment. The governor’s campaign agreed on a settlement with a former staffer, to the tune of $62,500, to a law firm representing James Hallinan, a former spokesman for Lujan Grisham’s campaign.

Hallinan accused Lujan Grisham of “pouring a bottle of water on his crotch and then grabbing his crotch through his clothes as she laughed."

Gov. Lujan Grisham has paid at least $62,500 in a settlement after a spokesman accused her of pouring a bottle of water on his crotch and then grabbing his crotch through his clothes as she laughed.
she denied the claimshttps://t.co/NX9Lqpg4Bo

Lujan Grisham’s gubernatorial campaign refuted Hallinan’s claims, denying that the allegations “held any merit or truth.” Campaign spokesperson Jared Leopold said that the settlement agreement was made to avoid the “continuing distraction” of ongoing litigation.

"They reached a settlement in order to avoid the continuing distraction and significant expense of possible litigation and allow them to concentrate on working for the people of New Mexico during this pandemic,” Leopold said, per Yahoo News.

"$62,500 is a lot of money for a sexual harassment scandal that Lujan Grisham originally called 'bizarre,' 'slanderous' and 'categorically false,'" said RGA Spokesman Will Reinert. "The payments certainly suggest that there must be some truth to the story, and Governor Lujan Grisham should publicly apologize to her victim for her behavior."