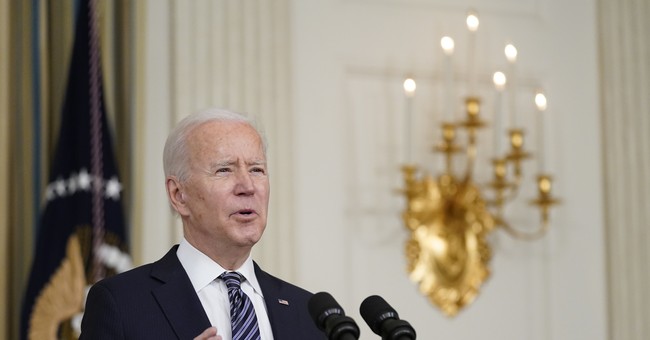 The bipartisan letter to the president asks that he acknowledge the crisis, which his administration has overwhelmingly denied, and use his authority to control the influx of illegal crossings.

“We write to urge you to use your full authorities to effectively respond to and successfully manage the ongoing crisis at our Southwest Border. It is critical that our nation take aggressive steps to secure our border, protect our communities and ensure migrants are treated fairly and humanely,” Cornyn and Sinema wrote to Biden. “Your administration should take immediate action in two areas: ensuring there are sufficient resources and facilities at the border to manage the crisis and taking concrete steps to improve the asylum process. Both of these are critical to improving how our nation manages this situation.”

The senators point to the “alarming increases” in migrant crossings that have overwhelmed border patrol officials.

“As of the end of February, U.S. Customs and Border Protection (CBP) reported that it had already encountered 382,617 individuals at the border since the start of the fiscal year in October, compared to 405,036 encounters in all of Fiscal Year 2020. This highlights the need to increase appropriate resources and qualified staffing at the Southwest Border to meet this challenge.”

Thus far, officials in the Biden administration, and the president himself, have failed to acknowledge the stature of the crisis at the border that was created during Biden’s first days in office.