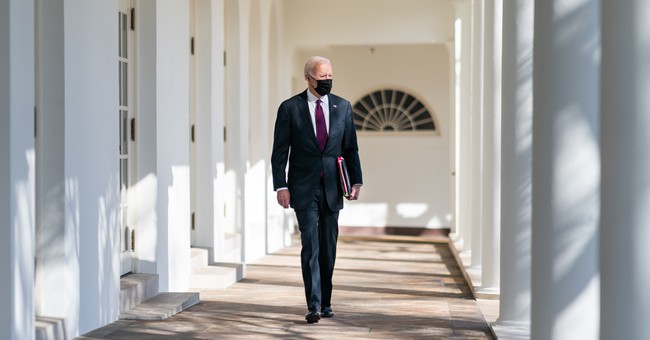 Exclusive: The Biden administration is receiving pushback, from both Republicans and Democrats, for job-killing energy policies. Most notably, on the first day of his presidency, Biden took executive action to cancel the Keystone XL Pipeline. This move ultimately signaled to oil and gas workers that the far-left agenda took priority over the energy sector’s jobs.

One conservative powerhouse group, America Rising PAC, is taking aim at accountability for the president’s disastrous energy agenda and sounding the alarm on the real, damaging effects of job-killing energy policy. The organization launched its “Left Behind By Biden” initiative that highlights the real consequences of the new administration’s far-left legislative agenda.

American workers in the energy sector that are directly affected by Biden's job-killing policies have expressed concern about the executive action taken by the president:

On the day of the launch of the "Left Behind By Biden" accountability initiative, the conservative group pointed out that a pillar of Biden's presidency was his "Build Back Better" agenda, but his first days in office are not reflective of that goal.

“Joe Biden claims he wants to ‘Build Back Better,’ but the policies he’s championed since becoming president have left thousands of Americans behind," said Whitney Robertson, deputy press secretary for America Rising PAC. "Left Behind By Biden gives those forgotten Americans a voice and serves as a reminder of how disastrous Democrats’ radical agenda can be.”

The policies implemented thus far by the Biden administration have done little to work toward "unity," instead leaving behind the workers that the president claimed to champion.