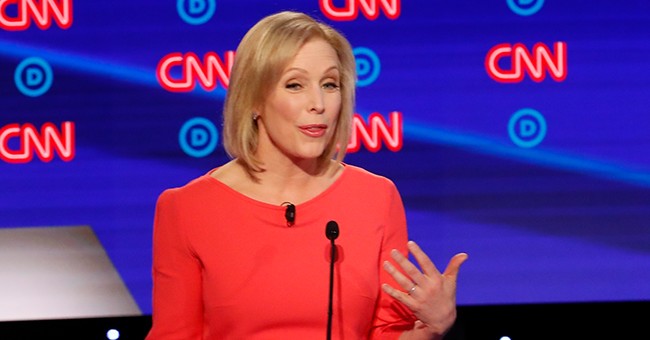 New York Senator Kirsten Gillibrand (D-NY) is giving her state’s governor, Andrew Cuomo, a pass on recent allegations of sexual harassment. Cuomo is accused, in graphic detail, of workplace harassment by a former aide. Lindsey Boylan, a former staffer to Cuomo, detailed unwanted sexual advances and harassment at work by the Democratic governor.

Gillibrand led the charge to oust former Democratic Senator Al Franken (D-MN) in 2017, after the former lawmaker was accused of sexual harassment by a host of women.

“Enough is enough,” Gillibrand said in 2017, adding that she believes “it would be better for our country if he sent a clear message that any kind of mistreatment of women in our society isn’t acceptable by stepping aside to let someone else serve.”

Gillibrand was the first in the Senate Democratic caucus to call for Franken’s resignation, but appears to be unconcerned with allegations of misconduct committed by her state’s governor. She said that an investigation was under the jurisdiction of the state legislature, but did not endorse the launch of such a probe.

It is unclear why a “zero tolerance” policy was demonstrated toward Franken, but Democrats are now largely silent as allegations against Cuomo surface. Gillibrand and other Democratic female lawmakers also led the charge to destroy the character of then-Judge Brett Kavanaugh, during his confirmation to the Supreme Court, as he was accused of misconduct; Democrats were quick to deem Kavanaugh guilty before any involved party even had the chance to speak, demanding that everyone must "believe women." In the case of Cuomo, the accuser is a former aide rather than a high school classmate. Republican lawmakers in New York have called for investigations into Cuomo’s conduct with female aides, as well as his egregious nursing home coverup. Calls for his resignation are also mounting.