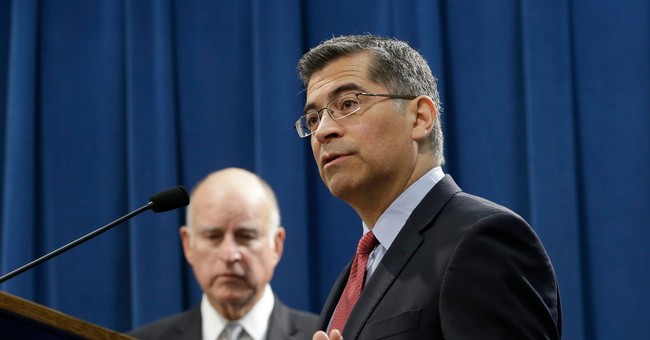 Conservative groups including Heritage Action, Judicial Crisis Network, and Americans for Public Trust, launched a multi-million dollar ad campaign in hopes of derailing the confirmations of two of President Biden’s most controversial nominees: Xavier Becerra and Vanita Gupta. The president nominated the pair to serve as Secretary of Health and Human Services (HHS) and Associate Attorney General, respectively.

The ad blitz highlights both nominees’ ties to “dark money,” but also their far-left ideologies. Judicial Crisis Network paints Gupta as a radical and ties her to the unhinged “defund the police” movement as she is considered for a top-job at the Justice Department.

Vanita Gupta is a dark money liberal activist who supports defunding the police. She is a dangerous appointee for associate attorney general. pic.twitter.com/GKloXox4HR

Becerra is exposed as a radical progressive by Heritage Action, in a hope torpedo his confirmation. The ad cites that Becerra “supports government run healthcare,” and “sued Catholic nuns” in his capacity as California’s Attorney General, while pointing out that Biden’s nominee is “not a doctor.”

Becerra is the wrong choice at the wrong time. pic.twitter.com/GCnBcZIwah

Both Becerra and Gupta are two of the president’s most controversial nominees and will likely face scrutiny, while other selections for Biden’s cabinet have sailed to confirmation easily. The groups will coordinate with Republicans on Capitol Hill, in hopes of bringing a unifying message against these troubling nominees.