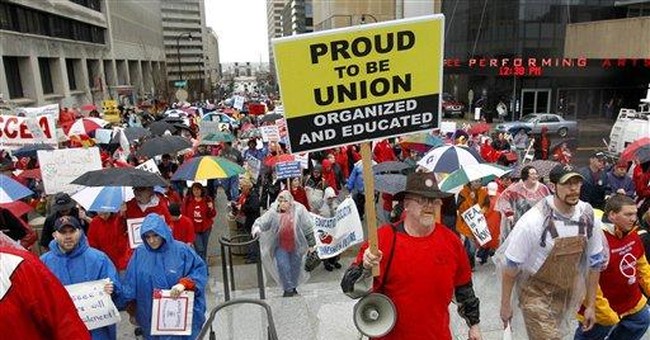 As data and scientific conclusions from the Centers for Disease Control and Prevention (CDC) show that school-aged children can go back to in-person learning safely, two GOP groups hit the airwaves to advocate for the return of traditional learning. The “Let Kids Learn” ad campaign, spearheaded by the State Government Leadership Foundation (SGLF) and N2 America, spotlights the tangible issue of school closures en-masse, and the control that teachers’ unions have over decision making.

The ad highlights the overwhelming agreement by experts that schools can reopen safely with COVID protocols, despite pushback from teachers’ unions. The Biden administration and Democratic lawmakers have made clear, thus far, that the teachers’ unions bankrolling the Democratic Party take priority over children’s needs, as SGLF noted.

“Education policy should be guided by one key principle -- what’s best for the kids. Instead, it’s been about what’s best for everyone else, including liberal politicians that would rather turn their backs on the children they are supposed to serve than muster the courage to stand up to their union bosses,” SGLF Executive Director Dee Duncan said on Thursday. “Their inaction and political posturing comes as kids across the country are failing classes, experiencing adult level anxiety due to isolation, eating less, and exercising less. Those on the left have repeatedly argued that science must be trusted when it comes to our pandemic response, and as they continues to backtrack on those words, conservative policymakers in the states will keep leading the effort to re-open schools and provide children the opportunity to get the educational experience they deserve.”

The 6-figure ad campaign targets a handful of states with strict lockdown rules, including Michigan, Virginia, New Jersey, and North Carolina, where Democratic governors have failed to prioritize the needs of students. Watch the ad below: