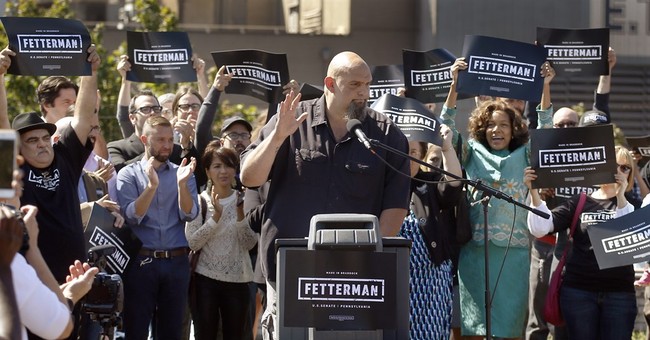 Pennsylvania Lieutenant Governor John Fetterman (D) made his rumored Senate bid official on Monday, as he hopes to clear what is expected to be a crowded field of primary contenders. The seat up for grabs in 2022 is being vacated by GOP Senator Pat Toomey, who recently announced his retirement.

Fetterman is the first Democratic contender to officially enter the race, and one scandal is already haunting his bid early in the primary. In 2013, Fetterman used his own shotgun to detain an unarmed Black man who was jogging in his town of Braddock, Pennsylvania, where Fetterman was mayor, via New York Times:

"In 2013, when he was mayor, Mr. Fetterman used his shotgun to stop an unarmed Black jogger and detain him, telling the police that he had heard shots fired near his home and spotted the man running, according to the police report. 'Fetterman continued to yell and state that he knows this male was shooting,' the police report says. An officer who patted down the man, Christopher Miyares, then 28, found no weapons. The officer noted that Mr. Miyares was wearing running clothes and headphones. Mr. Miyares was released."

While this incident was well-known, Fetterman called for increased police training to prevent the exact kind of situations that he himself engaged in at the time. Fetterman maintains that he was “doing the right thing” and dodged the chance to give a genuine apology, as the National Republican Senatorial Committee (NRSC) highlighted.

The incident was overwhelmingly ignored during Fetterman’s 2016 run for Senate and successful 2018 run for lieutenant governor.