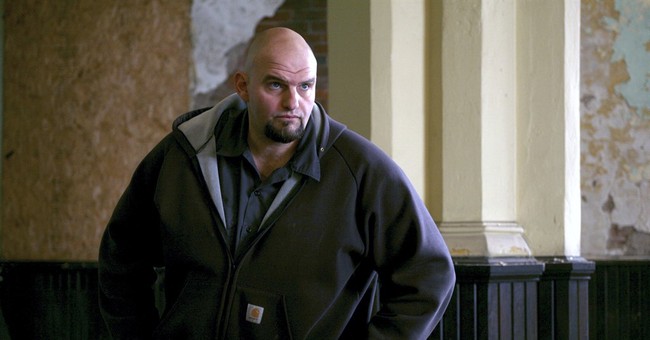 In a midterm election that will largely be a referendum on Democrat overreach, Democrats really don’t want a Bernie guy.

Media is clearly very excited about Fetterman but he’s not a particularly scary candidate for R’s to face. https://t.co/rDbOrfIGHn

Democrats hope to both defend and expand their majority in the upper chamber, which is currently split between parties after Republicans’ losses in Georgia’s runoff elections. As some Senate Democrats hope to fast-track President Biden’s policy agenda, Fetterman hinted that he would support abolishing the legislative filibuster, which would allow the majority party to do just that. Senate Minority Leader Mitch McConnell (R-KY) and the Senate Republican caucus are firmly united against getting rid of the filibuster, which Fetterman said is justification for nuking the vote threshold.

“Let’s be honest here: If Mitch McConnell is for something, that should give anyone pause to be like, ‘well, then I probably should be against it,’” Fetterman told Politico when asked about the future of the filibuster.

Fetterman also said that he had not yet spoken to Senate Majority Leader Chuck Schumer (D-NY), though the Democratic primary for Pennsylvania's open Senate seat is expected to be crowded.