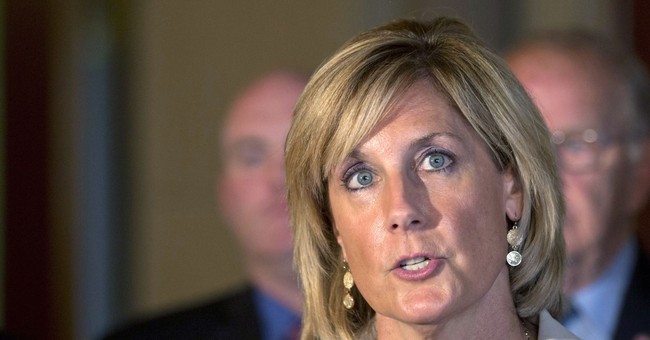 The results of one congressional election still loom, three months after the November 3 general election. In New York’s twenty-second congressional district, Republican Claudia Tenney is claiming victory over Anthony Brindinsi (D) as she holds a 122 vote lead. Tenney previously held the seat and was ousted by Brindisi in the 2018 midterm election.

The Democrat candidate argues that the margin is too slim, and in an attempt to overturn the election results, his representation said that voting machines could have been inaccurate.

“In this case, there is reason to believe that voting tabulation machines misread hundreds if not thousands of valid votes as undervotes, and that these tabulation machine errors disproportionately affected Brindisi,” his lawyers wrote in court filings earlier this week.

Seven out of eight counties in the district have formalized results and submitted them to the state's supreme court, and Tenney is calling for a certification of her victory. Rep. Elise Stefanik (R-NY), of the neighboring district, echoed her calls.

All legal votes have been counted in #NY22. It's time to #CertifyClaudia! pic.twitter.com/X9vTycolBI

Congratulations to my friend @claudiatenney for her victory. Our 18th #EPAC candidate win of the cycle! The year of the Republican Woman!

All the legal votes have been counted. The Democrats desperate antics have failed! It’s been over two months.

Tenney's election is the last outstanding, and will add another victory for House Republicans.

Recommended
Mark Meadows: My Aide Is Lying About Me Wanting a Pardon After the January 6 Riot
Matt Vespa
Share this on Facebook
Tweet
Joe Biden Not Happy That Everyone Is Pretty Much Saying He Shouldn't Run Again
Matt Vespa
Americans Don't Want to Serve in Biden's Woke Military
Sarah Arnold