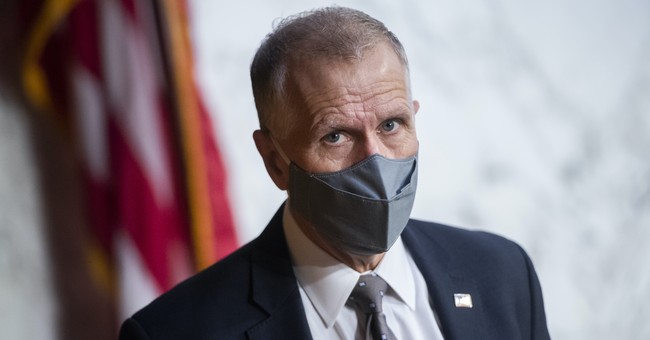 In the opening days of the Biden presidency, the administration issued an array of executive actions, including a 100-day moratorium on deportations for illegal aliens.

Led by Senators Chuck Grassley (R-IA) and Thom Tillis (R-NC), Republican lawmakers took note of the order, which holds no exception for violent criminals who are also in the country illegally. The pair wrote to Department of Homeland Security (DHS) Secretary Alejandro Mayorkas and Acting Director of Immigration and Customs Enforcement (ICE) Tae Johnson, pointing out that the memorandum “constitutes a wholescale abandonment of law enforcement,” as well as the “will of Congress.” They note that during his confirmation, Mayorkas vowed to respect the rule of law, but this moratorium does not.

"The Department’s January 21 memorandum creates, in our view, an unacceptable threat to public safety; constitutes a disregard for the rule of law and the will of Congress; and undercuts the integrity of the  immigration enforcement regime. While some local jurisdictions have in recent years taken steps to establish themselves as 'sanctuary cities,' at grave peril to their residents, the interim enforcement  priorities and the deportation moratorium described in the January 21 memorandum are a big step towards  converting the entire United States into a sanctuary nation. This is illogical and unacceptable."

While promising “unity” and a return to normalcy, the moratorium issued by the Biden administration would allow violent criminals, who are illegally present in the first place, to return to the streets.