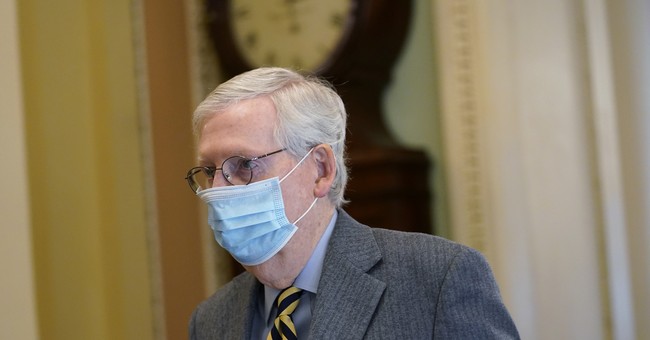 Senate Majority Leader Mitch McConnell (R-KY) reportedly will not convene an emergency session to move on a second impeachment of President Trump before January 19. Any trial will now take place early in the Biden administration. Senate Democrats asked McConnell to reconvene the chamber this week in order to expedite the impeachment process before Trump leaves office next week. The Kentucky Republican is said to believe that impeachment is the best avenue to "purge" the president from the GOP.

2) Fox is told that McConnell isn’t willing to do that. Yet. That could delay an impeachment trial until President-elect Biden takes office and the Democrats, operationally, control the Senate.

NEW: Senate Majority Leader McConnell will not agree to reconvene the US Senate before Jan. 19, spokesperson says, meaning a Senate impeachment trial would likely not begin until after President Trump has left office.

McConnell privately voiced support for impeachment, noting that the president certainly committed “impeachable offenses” by motivating mob violence. No other Republican Senators have publicly backed a second impeachment thus far, though more are expected to follow McConnell's lead after the House sends the impeachment article to the Senate. The House debates an impeachment article against the president for inciting violence during the attack on the Capitol on January 6, and is expected to vote later this afternoon.