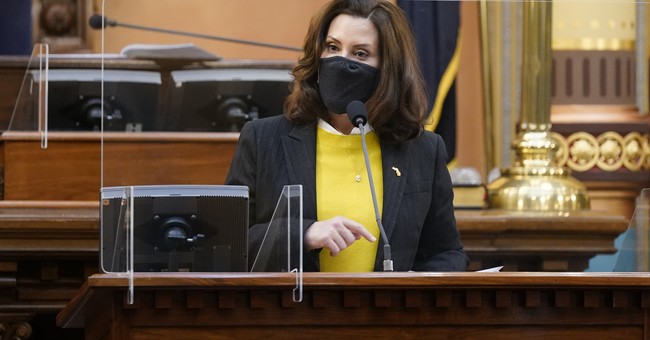 In the wake of violence at the United States Capitol carried out by supporters of President Trump, Michigan Governor Gretchen Whitmer (D) joined calls for unity and a peaceful transition of presidential power in a joint statement with former Michigan Governor Rick Snyder (R-MI).

“What is unfolding today in our nation’s capital is truly appalling. Violence, vandalism, and insurrection have no place in this great country of ours. We are a nation of laws, not mobs,” Whitmer wrote. “Now is the time to put this election behind us once and for all. We must unify as one nation to defeat our real enemy, which is the pandemic that has taken far too many of our friends, neighbors, and loved ones.”

Just one day after calling for bipartisan unity, however, Whitmer took to Twitter to troll outgoing Education Secretary Betsy DeVos.

Republicans in Michigan blasted Whitmer for lack of leadership:

This is exactly what we DON'T need. No leadership -no class. She continues to disappoint. https://t.co/F7mIGHrT36

Whitmer’s partisan stunt on Twitter comes as her state lags behind in vaccine distribution, with just 0.9 percent of allocated doses having been administered thus far.