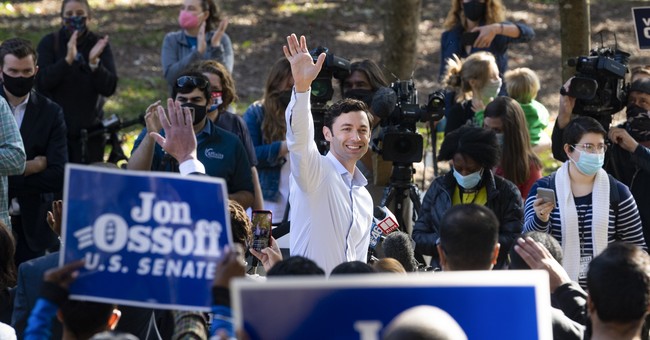 The Georgia Republican Party filed a complaint against Jon Ossoff’s campaign with the Federal Election Commission (FEC), alleging that the candidate is illegally coordinating with a newly-formed super PAC “The Georgia Way.” The group was formed on November 16 and supports Ossoff’s candidacy exclusively.

“The Georgia Way is a Super-PAC that was recently organized on November 16, 2020 in an apparent effort by the Senate Majority PAC and Senator Chuck Schumer to make targeted campaign efforts for Senatorial candidate, Jon Ossoff, in the Georgia Senatorial run-offs. With receipts of over $5,050,000.00 to date, Georgia Way has already disbursed $4,922,487.00 on federal operating expenditures and independent expenditures, all of which appear to have been coordinated with Jon Ossoff for Senate in efforts to defame Senator David Perdue. This complaint is submitted, upon information and belief, to urge the Federal Election Commission (FEC) to investigate and take appropriate enforcement actions to address apparent violations of the Federal Election Campaign Act (FECA), as amended, and FEC regulations by Jon Ossoff for Senate and The Georgia Way, a 501(c)(4) political action committee,” the state GOP’s complaint reads. “The Georgia Way has released an advertisement directly tracking language, sources, and claims made on Jon Ossoff for Senate’s campaign website. The sudden organization and immediate sequence of The Georgia Way’s advertisement indicates that it is in coordination with Jon Ossoff for Senate in publishing communications of similar conduct and content. This type of behavior is contrary to federal law prohibiting candidates from coordinating with super PACs, and the Commission must immediately investigate and enforce the law.”

Ossoff is hoping to unseat incumbent GOP Senator David Perdue in January, as Democrats flock to Georgia in order to clinch senatorial victories. If found to be true, coordination between Ossoff’s campaign and the super PAC would be in blatant violation of FEC rules.