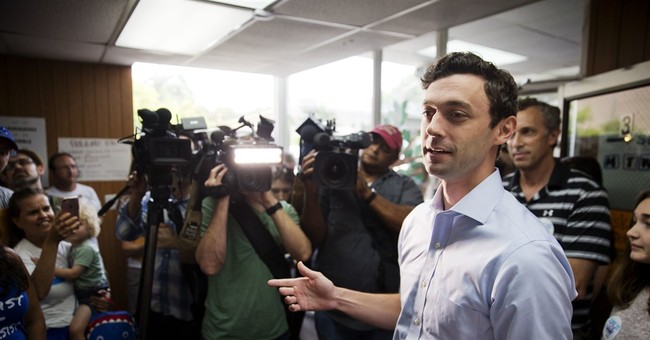 As Georgia Democrat Jon Ossoff’s ties to the Chinese Communist Party (CCP) and Al Jazeera continue to haunt his Senate campaign, a fact-checker claimed that an ad from an outside GOP group highlighting those ties is “misleading.”

The ad points to Ossoff’s business ties to both PCCW, a media company partially owned by the CCP, and Al Jazeera, which has been deemed a “mouthpiece for terrorists.” Ossoff’s business dealings with Al Jazeera also caused trouble for his 2017 congressional bid. The ad also points out Ossoff’s initial failure to disclose these ties in his filings with the Federal Election Commission (FEC) until July, after the Democrats’ Senate primary. His failure to disclose ties to the media company partially owned by the Chinese government came amidst the pandemic that originated from China.

The fact-check pushed Ossoff’s campaign on this, and a spokesperson cited an "oversight" that is to blame for Ossoff's failure to disclose these ties in a timely manner (emphasis mine):

The ad also charges Ossoff was “hiding” these payments from PCCW and Al Jazeera, based on the fact that he left those two companies off his initial May financial disclosure filing. Why not include them initially? Lipper told us that was “a paperwork oversight” that was “rectified” in the July amended filing after “a normal review of the campaign’s paperwork.”

The Senate hopeful has repeatedly declined to address these ties, and even denied their existence during an October debate with GOP Senator David Perdue (R-GA), who brought the physical receipt showing Ossoff’s ties.