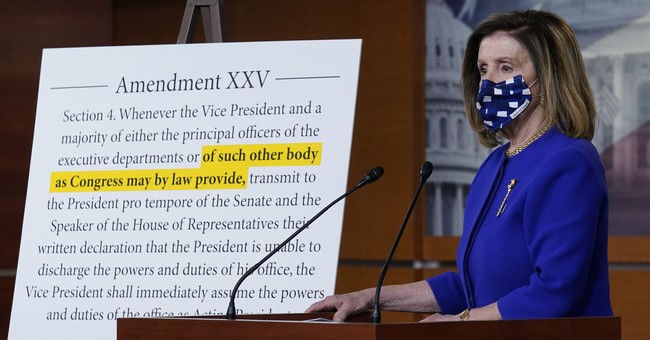 Fresh off of a host of unpredicted defeats from Republican congressional candidates on election night, Speaker Pelosi claimed the moral victory. In what was forecasted to be a “blue wave” year for congressional Democrats, Republicans managed to flip blue seats and cut down the Democratic majority. Thus far, no House Republicans lost their reelection.

In Election Day news conference, Pelosi predicted she would gain seats: “House Democrats are poised to further strengthen our majority — the biggest, most diverse, most dynamic, women-led House majority in history."

Dems are on pace to losing 8~ seats. https://t.co/1e8xDTiuJg

When asked about the massive GOP gain in the House of Representatives, Speaker Pelosi said that even the Democrat candidates who may have lost still ran successful campaigns.

Nancy Pelosi: Our candidates "succeeded in their campaigns but will not be coming to Congress right now"

As members of her caucus voice frustrations with the speaker for House Democrats’ massive losses on election night, Speaker Pelosi declined to take any responsibility for the broader GOP gains in her chamber.

Q: "Do you take any responsibility for the loss of House seats?"@SpeakerPelosi: "I accept credit for winning the majority and holding the House." pic.twitter.com/7Q5unA6BAf

Speaker Pelosi insists that President-Elect Biden will have a mandate, but the GOP is on track to maintain the majority in the Senate, and House Democrats are on track to hold the slimmest majority in the House of Representatives since World War II.