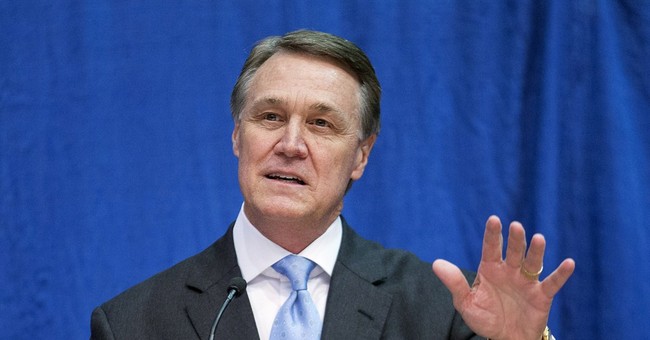 In one of two Senate races in Georgia, incumbent GOP Senator David Perdue is headed to a runoff election with Democrat challenger Jon Ossoff. Either candidate had to reach over 50 percent of the vote to avoid a runoff, meaning that both Sen. Perdue and Sen. Kelly Loeffler will compete in runoff elections in January.

U.S. Sen. David Perdue has fallen below the 50-percent mark in Georgia. If this holds, he will face Democrat Jon @Ossoff in a Jan. 5 runoff that, along with Georgia’s other race, could determine control of the Senate. #gasen #gapol pic.twitter.com/nFVueLZ4jW

"There is one thing we know for sure: Senator David Perdue will be re-elected to the U.S. Senate and Republicans will defend the majority. Perdue will finish this election in first place with substantially more votes than his Democrat opponent. Currently, Perdue's lead is double the margin of defeat that Stacey Abrams faced for Governor just two years ago,” campaign manager Ben Fry said on Thursday. “If overtime is required when all of the votes have been counted, we're ready, and we will win. It is clear that more Georgians believe that David Perdue's positive vision for the future direction of our country is better than Chuck Schumer's radical, socialist agenda. There's only one candidate in this race who has ever lost a runoff, and it isn't David Perdue."

The National Republican Senatorial Committee (NRSC), gearing up for two special elections in Georgia, blasted Ossoff’s “liberal, socialist agenda,” pointing out that Ossoff has yet to win an election:

“David Perdue won this race in regular time and will do the same in overtime. Georgians have rejected Jon Ossoff’s liberal, socialist agenda not once, not twice, but three times,” said NRSC Executive Director Kevin McLaughlin. “And the fourth time will not be the charm, but instead, a perfectly miserable experience for Jon Ossoff, national Democrats and their shared dream of a socialist America.”

Republicans are ready to fight for both seats in Georgia, with control of the Senate on the line.