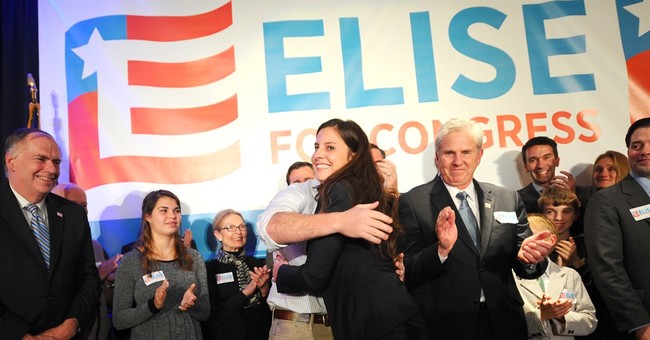 Rep. Elise Stefanik takes the stage to declare victory in NY-21. The Republican will serve a fourth term after defeating a repeat challenge from Democrat Tedra Cobb. @WAMCNews pic.twitter.com/6aZhUC2ciD

Congrats to @EliseStefanik on her reelection to the U.S. House in New York's 21st Congressional District! ????#Election2020 #NY21 pic.twitter.com/nnWmMorYGd

Honored to earn the overwhelming support from #NY21 to serve as your voice in Congress ????@7NewsWatertown pic.twitter.com/1Ot4H5ayEA

The @AP makes it official in #NY21 @EliseStefanik is the winner and will serve her fourth term in Congress. It’s an amazing run from a candidate some didn’t think would even win the GOP primary when she started this journey in 2014. @SPECNewsCNY

On a night full of close races, with both parties fighting tooth-and-nail in many states, Rep. Stefanik blew her opponent out of the water: