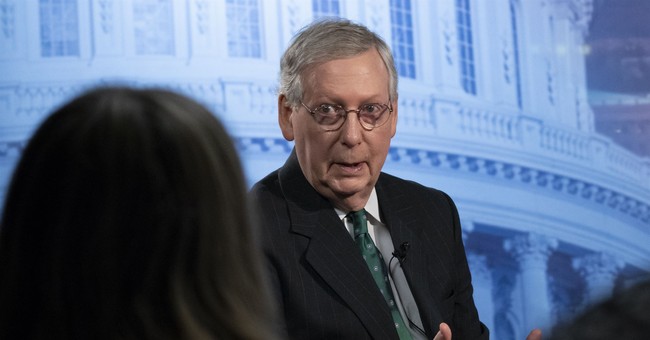 “What I put on the floor this week was a bill we all agreed on. She [Speaker Pelosi] just wants to spend way more,” Leader McConnell said on The Daily Briefing with Dana Perino. “Actually, the bill I put on the floor is $500 billion, half a trillion dollars, and she calls that a skinny bill. She’s been promoting a massive expenditure, much of it unrelated to the problem...tax cuts for rich people in New York and California, free healthcare for illegal immigrants...from a Kentucky point of view, there’s more money in there for Puerto Rico than Kentucky. That’s not a serious effort to legislate. What I wanted to do was focus on the problem and get as much relief to the American people, as fast as we could.”

While Leader McConnell fights for relief for Americans in need, his Democrat opponent who launched a long-shot bid to unseat him sides with Democratic leadership as they hold stimulus hostage. She echoes the talking points pushed by her party bosses, but has yet to acknowledge that her party filibustered relief for Americans in need, after Senate Minority Leader Chuck Schumer (D-NY) attempted to adjourn the Senate until after the election before relief could be passed.

The $500 billion relief package that Democrats filibustered included $16 billion for coronavirus testing, $105 billion for schools, $31 billion for vaccine creation and $15 billion for child care, among other COVID-related relief funds. The passage of additional relief before the November 3 election is unlikely.