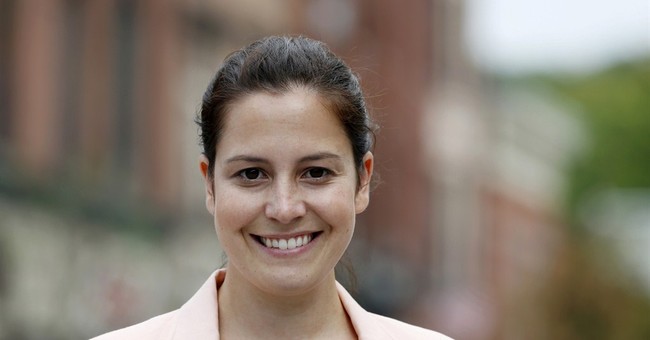 In the final general election debate before voters head to the polls, Rep. Elise Stefanik (R, NY-21) torched her Democrat challenger, Tedra Cobb, on potential for court packing. Cobb previously dodged questions about expanding the size of the Supreme Court, and told debate moderators that she would “maybe” consider supporting court packing if the Senate confirms Judge Amy Coney Barrett to the high court.

Rep. Stefanik did her proper homework, and reminded voters that earlier this week, Cobb failed to realize that she would be compelled to vote on court packing legislation if elected to the House of Representatives. The New York congresswoman took Cobb to school on the constitutionality of filling Supreme Court vacancies, and made her stance on court packing clear.

“When it comes to the constitutional duty to fill and nominate an individual to the Supreme Court, I support the president’s right to put forth a name and I support the Senate’s position to advise and consent,” Rep. Stefanik said. “My opponent should answer that question for North Country voters. I would vote no on efforts to pack the court.”

Watch the full interaction below:

Recommended
Female UPenn Swimmer: Lia Thomas ‘Was Not Even Close’ to Being Competitive as a Male
Madeline Leesman

Taxin' Tedra STILL refuses to answer if she supports court packing. #NY21 voters know the truth: she would vote with Pelosi to pack the courts. ?? pic.twitter.com/QoMVc8zHMi