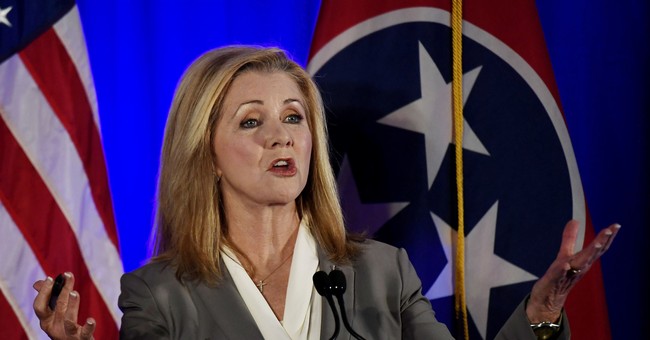 As the third day of confirmation proceedings for Judge Amy Coney Barrett’s nomination to the Supreme Court wrapped up, Sen. Marsha Blackburn (R-TN) exposed the false narrative being pushed by many Democrats on the Senate Judiciary Committee.

Sen. Kamala Harris (D-CA), among others in opposition to Judge Barrett’s nomination, said that the committee’s priorities are out of sort by confirming Judge Barrett without an additional COVID-19 relief package agreed upon. Sen. Blackburn reminded Democrats that they themselves blocked the last stimulus package from being passed.

“Senator Harris mentioned, as did others, that they would like to see us working on COVID relief. Again, I want to remind my colleagues that they had the opportunity to vote on this a couple of weeks back,” she said at the conclusion of Wednesday's hearing. “And if Senator Harris chooses to come in next week, she’s going to have the opportunity to vote on COVID relief once again.”

As Sen. Blackburn alluded to, Senate Majority Leader Mitch McConnell (R-KY) will bring the relief package, which Democrats blocked just one month ago, back to the Senate floor.

Senate Democrats used the stalled COVID relief package to fuel their opposition to Judge Barrett’s confirmation, but the minority party is responsible for the package being blocked.