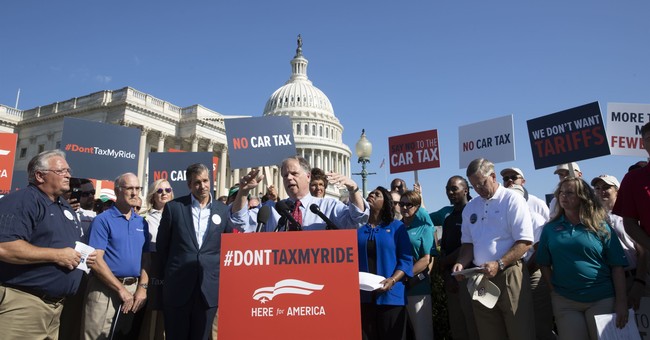 Sen. Jones accuses the GOP of attempting to cut funding to Medicare, Medicaid and Social Security programs, and remove protections for those with pre-existing health conditions. In particular, the ad attacks President Trump and paints Tuberville as a rubber stamp. Sen. Jones initially painted himself to voters as independent of his party, but has split with the president on nearly every issue since his election in 2017.

Sen. Jones voted against the landmark GOP tax cut bill, the Pain Capable Unborn Protection Act that would have prohibited late-term abortions, and the confirmation of Supreme Court Justice Brett Kavanaugh. In February, he voted in favor of both articles of impeachment against President Trump. Despite claiming to be a pragmatic voice, Sen. Jones has sided with Sen. Schumer and Senate Democrats consistently in a state that President Trump carried by a wide margin of 28 points in 2016.

“Anti-Trump Democrat Doug Jones’ message is not one that will resonate with the people of Alabama,” said NRSC spokesperson Paige Lindgren. “In a state that stands with President Trump, voters know that Jones doesn’t align with their conservative principles. He’ll always choose the side of his party bosses - like Biden and Schumer - over the values of Alabamans.”

Sen. Jones’ re-election is seen as one of Democrats’ most vulnerable on November’s Senate map. Cook Political Report rates the race as “Lean Republican” and the GOP is set-up to seat back.