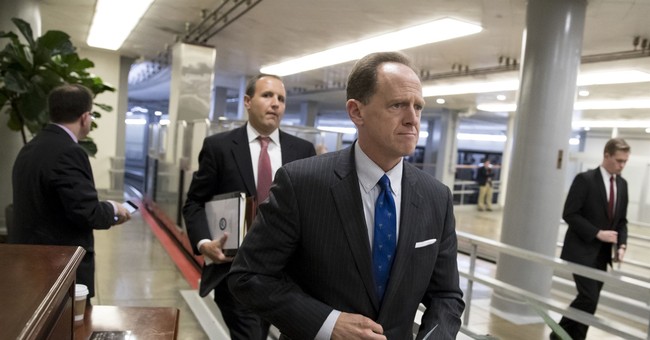 The Senate unanimously voted in favor of legislation in support of pro-democracy protesters in Hong Kong that would place sanctions on officials in China who undermine Hong Kong’s rightful autonomy. A bipartisan bill spearheaded by Sens. Pat Toomey (R-PA) and Chris Van Hollen (D-MD), the legislation aims to defend the status of Hong Kong and protect citizens from human rights atrocities.

The Hong Kong Autonomy Act asks the State Department to keep further tabs on officials who may violate the “one country, two systems” module, which gives Hong Kong autonomy, and allows the president to have the power to implement consequences for those found guilty of encroaching on Hong Kong’s autonomy. The bipartisan legislation included a resolution from Sen. Josh Hawley (R-MO) that condemns the Chinese government's authoritarian behavior.

The Senate just unanimously sent a clear message to the Chinese regime: the U.S. won’t tolerate the CCP threatening #HongKong's autonomy. Thanks to my Democratic partner @ChrisVanHollen for all of his efforts. The House should pass our Hong Kong Autonomy Act ASAP! pic.twitter.com/qXBhqzXdOS

As we’ve seen, the President cannot be trusted to hold China accountable for its brutal crackdown on #HongKong. I’m on the floor again asking that the Senate pass the bipartisan Hong Kong Autonomy Act. https://t.co/1T0thx7ew2

The bill heads to the House of Representatives, where a companion bill was introduced by Reps. Brad Sherman (D-CA.) and Ted Yoho (R-FL).