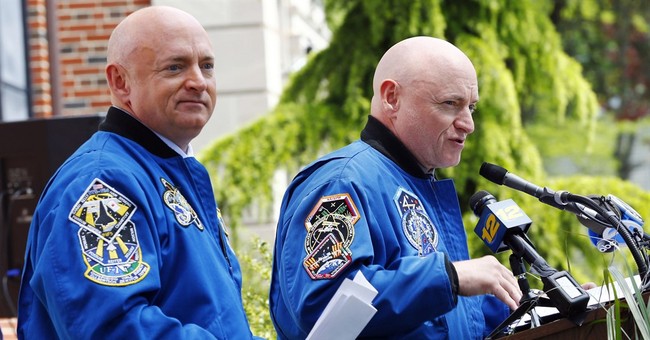 Financial filings show that Arizona Senate candidate Mark Kelly served as a consultant for, and on the board of, Arizona-based air ambulance company Angel MedFlight from 2015 to 2019 as an “aviation expert.” Kelly served on the board of the company’s subsidiary, Alacura Medical Transportation Management, from 2016 to 2018. The air ambulance industry as a whole has faced controversy for “surprise medical billing” and “price gouging,” and Angel MedFlight is no exception.

Air ambulance companies notoriously overcharge patients for rides in air ambulances in order to see a higher profit, and patients often receive threats if the hefty fees are not paid by insurance. A 2017 Consumer Reports study found that companies’ ability to price gouge is largely due to a lack of regulation on the industry, and an “oversupply” in the air ambulance industry contributes to an “unnecessary overuse of this lifesaving service,” meaning that air ambulance companies can take advantage of patients in the name of a profit.

Angel MedFlight was accused of inflating bills for patients’ rides in air ambulances in 2018, including one instance in which a patient was charged nearly $500,000 for a ride in an air ambulance, including a $275 per-mile fee. When the patient’s insurance company refuted the outrageous charge, Angel MedFlight sent a threatening letter to the patient’s family demanding that they pay the balance. In some cases, dating back to 2016, Angel MedFlight filed federal lawsuits against insurance companies if they claimed that an air ambulance ride was “not medically necessary.” During Kelly’s tenure on the company’s board, 21 lawsuits were filed against insurers demanding fees be paid. Kelly reported that he collected $20,000 in consulting service fees from Angel MedFlight in 2019, in addition to non-public stock investments from which he drew no income, which totaled to between $250,001 and $500,000.

President Trump advocated for the end of “surprise billing” along with a few senators. At risk of losing a reliable avenue for profit, The Association Of Air Medical Services (AAMS), a major air ambulance industry lobbying group to which Kelly’s company belongs, pushed back on the effort and resisted government oversight.

A Government Accountability Office (GAO) report from 2019 showed that nearly two-thirds of air ambulance trips were “out of network” for appropriate insurers, which contributed to the hefty bills. Rather than take responsibility for the blatant corruption that only hurts patients in need, AAMS lobbied for reimbursements from the federal government.

Aside from the clear corruption from an industry to which Kelly has visible ties, his association with the air ambulance industry is highly hypocritical. Kelly has built his Senate bid around advocating for “affordable health care” and lowering “out of pocket costs” for patients. Kelly even asserted that lawmakers in Washington are “doing nothing” to lower the cost of healthcare, when a company with which he works is pushing back on efforts to cut billing costs. Most glaringly, Kelly claimed that pharmaceutical companies and corporate PAC money are the reason price gouging exists in the healthcare industry, while a company he associates with is guilty of those very offenses.

Opposition to price gouging and surprise billing should transcend partisan lines, and Mark Kelly should afford transparency to the voters he seeks to represent in the United States Senate by taking a clear stance on the issue so deeply steeped in corruption.