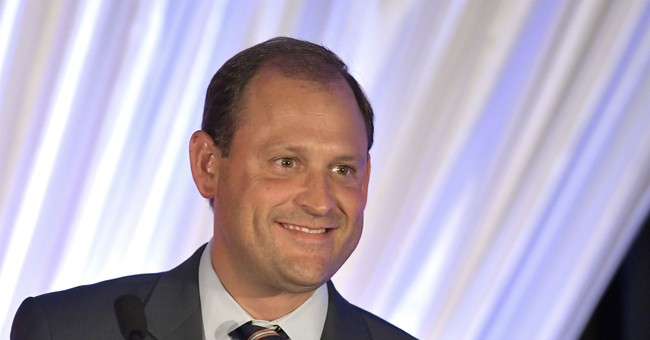 Update: The Congressman released a statement on the tragedy:

Original Post: Congressman Andy Barr’s wife, Carol Barr, passed away suddenly on Tuesday night, at the age of 39, in the family’s home in Kentucky, multiple outlets reported. While no details have been made public yet, Rep. Barr’s Chief of Staff asked that the family be afforded privacy during this difficult time:

“Congressman Andy Barr’s wife Carol passed away suddenly last night at the family home in Lexington. During this tragic time, we respectfully ask for privacy for Congressman Barr and his family to grieve Mrs. Barr being called home to heaven,” the statement said. “Congressman Barr may release a statement at a later date, but right now is solely focused on being a father to his two beautiful daughters.”

Kentucky lawmakers offered their condolences to Rep. Barr and his family:

Elaine and I are stunned and heartbroken by Carol Barr’s passing. Her warmth filled whatever room she entered. Her contributions made Kentucky a better place for all of us. We send our sincere condolences to Andy, their girls, and their family at this terribly painful time.

Our hearts are heavy tonight. Kelley and I offer our deepest condolences to Rep. Andy Barr, his two daughters, family, and friends. Please join us in praying for them during this incredibly difficult time.

I remember the day years ago when my friend Andy Barr told me about the extraordinary woman he'd met, and how he thought she was the one. He was right on both. My heart breaks for Carol, Andy and their beautiful family.