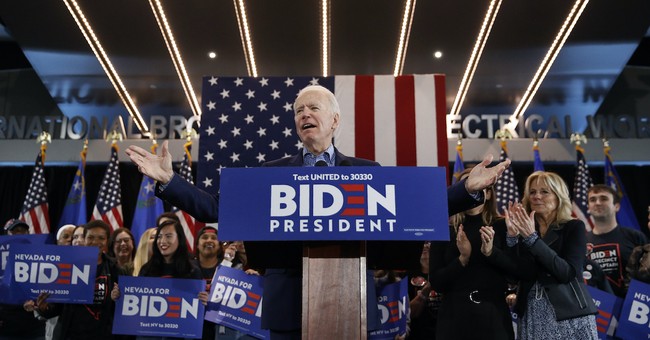 Presumed Democratic nominee Joe Biden vowed to reverse a major accomplishment of the Trump Administration if elected in November. Education Secretary Betsy Devos announced yesterday that the long-awaited overhaul of Title IX guidelines for campus sexual assault would finally go into effect; under Sec. Devos’s adjusted regulations, the accused are guaranteed due process, and both parties are ensured fair adjudication.

Joe Biden says the Trump administration’s new rule on sexual misconduct in schools aims to “shame and silence survivors,” and vows to put a “quick end” to it if he becomes the next president https://t.co/qDTLyHuzkI

This move fixes flaws within the Obama-era Title IX guidelines, which lead to unfair handling of sexual misconduct cases on college campuses, and were inherently biased against the accused. President Obama's Dear Colleague Letter, the driving force behind the administration's flawed Title IX guidelines, mandated that colleges implement a weak evidentiary benchmark for the handling of misconduct cases. Rather than requiring a "beyond a reasonable doubt" standard, as would be used in a court of law, the letter instructed institutions to use a "preponderance of the evidence" standard to adjudicate misconduct cases. Such a weak standard slants the process against the accused and directly violates both due process rights and the presumption of innocence.

Biden was an architect of these policies, and promised to bring the Obama-era guidelines back. The former vice president claimed that Sec. Devos’s changes perpetuate sexual violence on college campuses and "strip survivors of their rights:"

“It lets colleges off the hook for protecting students, by permitting them to choose to investigate only more extreme acts of violence and harassment and requiring them to investigate in a way that dissuades survivors from coming forward,” Biden said, per The Hill. “Survivors deserve to be treated with dignity and respect, and when they step forward they should be heard, not silenced."

When DeVos issued draft rules strengthening due process for college students accused of sexual assault in 2018, Biden—a lead architect of the Obama admin's policy—criticized the move.

I wonder if 2020 Biden would like to face Tara Reade in one of his Title IX kangaroo courts? pic.twitter.com/cwBavJUxgc

By vowing to reverse Sec. Devos’s new guidelines, Biden promises to strip due process rights from young men and women on college campuses dealing with misconduct cases, while he simultaneously demands due process for himself in the face of Tara Reade’s allegations against him.

If the misconduct allegations facing the former vice president were judged by the Obama-era standards for campuses, Biden would be guilty without question. Biden's selective favoritism of due process, as he seeks to hold college-aged men to a lower standard than he demands the public hold him, is hypocritical, to say the least; Biden should be afforded the very due process that he took away from students in institutions of higher education. Due process is not a pawn to be used for political gain, but rather an enumerated right guaranteed to each and every accused party, and Sec. Devos’s overhaul of Title IX guidelines to strengthen due process is long overdue.