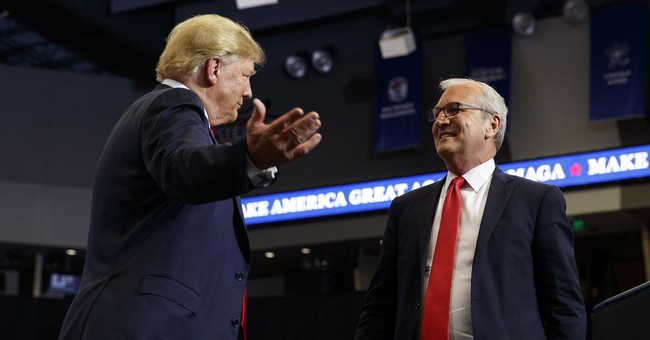 GOP Senator Kevin Cramer (R-ND) is spearheading an effort to ensure that firearm related small businesses do not receive discriminatory treatment from banks, after the Senate passed additional funding to the Small Business Administration’s (SBA) Paycheck Protection Program (PPP). Sen. Cramer penned a letter to Treasury Secretary Steve Mnuchin, Federal Reserve Chairman Jerome Powell and Small Business Administrator Jovita Carranza asking the trio of administration officials, all of whom play a role in the execution of PPP loans, how this type of discrimination would be prevented. A group of GOP senators joined Sen. Cramer in defending the Second Amendment during COVID-19:

The letter points out that big banks have historically refused to associate with businesses in the firearm industry:

“A vocal but small minority has weaponized federally-backed banks against politically disfavored businesses that operate in good faith and compliance with the law, by denying them financial services based on political reasons that have nothing to do with creditworthiness...The Small Business Administration needs to use all available resources and assets in its efforts to move financial resources into local communities as quickly and efficiently as possible. However, we are concerned the nation’s largest financial institutions will use participation in the Paycheck Protection Program and other SBA recovery loan programs to further financial discrimination policies against selected segments of the economy, based on their social policy and in opposition to SBA eligibility regulations,” the letter reads.

The Paycheck Protection Program is a monumental, bipartisan win for America’s small business sector, which has felt the most economic distress during COVID-19. Every qualifying small business deserves to receive the taxpayer-funded loans equally, without an ideological litmus test; partisanship has no place in economic relief packages for America’s workers.

Share this on Facebook
Tweet
Milley Details Nancy Pelosi's Attempt to Take Over the Chain-of-Command
Katie Pavlich
The Marine Who Called for Afghanistan Accountability Has Been Thrown in Prison
Katie Pavlich
Are We Shocked That This Happened to Liz Cheney?
Matt Vespa
Border Patrol Union President Says He Would Arrest Biden for His Disastrous Handling of the Border
Julio Rosas
New Talking Point: Biden's $3.5 Trillion Tax and Spend Binge Actually Costs 'Zero' Dollars, You Know
Guy Benson
ACLU Apologizes for Editing RBG Quote...But Has a Strange Excuse for Why It Did
Leah Barkoukis
CARTOONS | AF Branco
View Cartoon
Most Popular

Milley Details Nancy Pelosi's Attempt to Take Over the Chain-of-Command
Townhall
'This is big': CENTCOM Commander Gen. McKenzie testifies under oath that he warned Joe Biden of Afghanistan collapse, which Biden flat-out denied
Twitchy
Have You Noticed Modern Presidential Assassins Have One Thing in Common?
Redstate
The Morning Briefing: Hitting Back at the Democrats' Corrupt Media Enablers
PJ Media