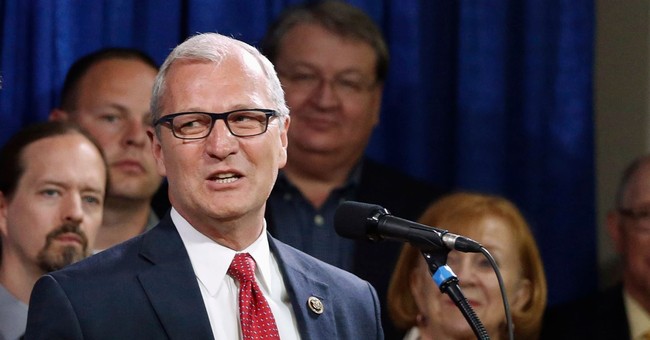 After days of tense partisanship on Capitol Hill, particularly from Democrats, a deal on an economic relief package for Americans affected by COVID-19 is allegedly on the horizon. A bipartisan deal was crafted over the weekend, with substantial input from both GOP and Democratic leadership, but Sen. Schumer and Speaker Pelosi pulled their support at the eleventh hour.

Speaker Pelosi took partisanship to the next level by authoring her own bill, supposedly a relief package, that had little to do with fighting COVID-19. Sen. Kevin Cramer (R-ND) pointed to Speaker Pelosi’s nonsense bill on "America’s Newsroom" on Tuesday morning, calling it a “Disney World wish list:”

WATCH: @SenKevinCramer weighs in on how close we are to reaching a coronavirus stimulus deal #nine2noon pic.twitter.com/c5RRhPmozW

Indeed, Sen. Cramer’s characterization is correct. Present in Speaker Pelosi’s version of the bill was a substantial list of progressive policy wishes, as Katie wrote yesterday:

-A bail out on all current debt at the Postal Service

-Full offset of airline emissions by 2025

-Publication and reporting of greenhouse gas statistics for individual flights

The provisions will apply to the companies and business rescued by the bill.

Speaker Pelosi hid these provisions in a bill that must pass in order to save American lives and fight a global health pandemic, essentially using the physical and economic suffering of American workers to push her own agenda. If a Republican Speaker of the House had used a crisis to propel the GOP agenda, Democrats would undoubtedly meltdown.