House Foreign Affairs Chairman Suggests He Will Not Support Sen. Sanders at AIPAC 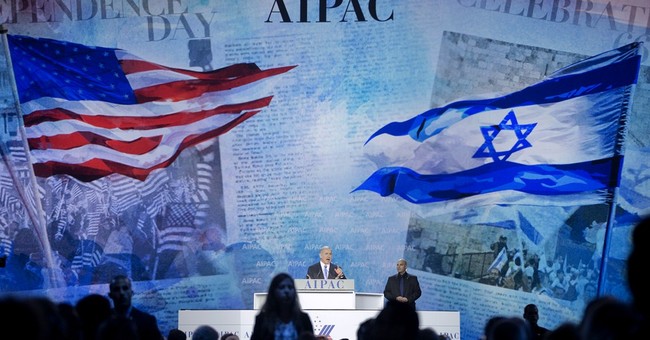 At the American Israel Public Affairs Committee (AIPAC) conference, on the topic of Israel as an ally of the United States, House Foreign Affairs Committee Chairman Eliot Engel told the crowd that conditioning aid to Israel is a deal-breaker for him:

.@RepEliotEngel at #AIPAC2020 panel: “Conditioning aid to Israel has to be just about the stupidest thing I've ever heard... Anybody who talks about conditioning aid doesn't get my vote.” pic.twitter.com/XnGXgXNjM9

Rep. Engel’s sentiment is a huge blow to Sen. Bernie Sanders (D-VT), who has been outspoken against Israel in his bids for the White House; Sen. Sanders also characterized AIPAC as "racist," although he has never attended the conference:

Senator Sanders has never attended our conference and that is evident from his outrageous comment.

In October of 2019, Sen. Sanders even said that Israel would be forced to “fundamentally change” its relationship with the Gaza Strip, which is controlled by a known-terrorist group, Hamas, per the Wall Street Journal. Sen. Sanders’ stance is distinctly radical within the Democratic Party’s field of presidential contenders, but is shared by anti-semitic members of Congress, including Reps. Alexandria Ocasio-Cortez (D-NY), Rashida Tlaib (D-MI) and Ilhan Omar (D-MN). Sen. Sanders' anti-Israel views have been condemned by members of both sides of the aisle:

To characterize AIPAC as a racist platform is offensive, divisive, and dangerous to Israel - America’s most important ally in the Middle East - and to Jews.

How can Bernie profess he's the path to unity when he's already managed to polarize a people and a party?#DemDebate

Bernie Sanders announces he is not going to @AIPAC. To be clear, has never attended and has no clue what the organization is about or what it stands for. Go back to defending Castro and socialist dictators. We will go back to defending peace, democracy, and our ally Israel.

If Rep. Engel will back up his sentiment, he will not support Sen. Sanders if he is the eventual nominee.