Report: Rockets Fired at US Army Base in Iraq 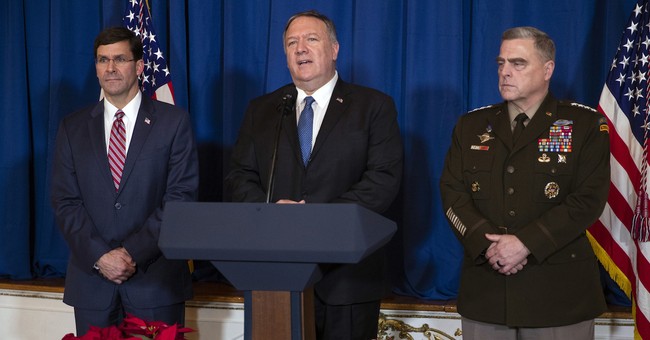 Arab media is reporting that rockets were launched just outside of the United States Army Base in Iraq, which hosted American and New Zealand troops, per reports. The Taji base is located just outside of Baghdad.

New rocket attack on Iraq base housing US forces https://t.co/M8O7cEwSGH

Media reports say at least one rocket has landed near the gate of Camp Taji, home to coalition forces near Baghdad. #Iraq https://t.co/ivpbEgzrRr

Per Fox News’ Jennifer Griffin, no casualties have been recorded thus far:

Regarding Katyusha rocket strike on Taji base, one rocket reported, launched and landed outside of the airbase...over 2KM away, according to US official. No US or coalition forces injured or killed. No rockets hit the base.

Secretary of State Mike Pompeo has not confirmed whether or not American forces will retreat from Iraq, per the Iraqi prime minister’s request following the Trump Administration’s capture of General Qassem Soleimani.

“We’ve been there to perform a training mission and to help the Iraqi security forces be successful and to continue the campaign against ISIS,” Sec. Pompeo said.