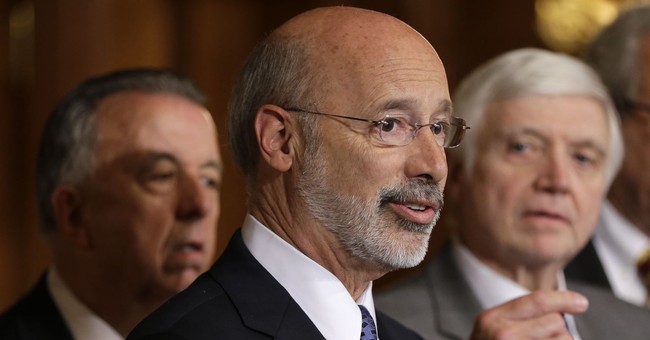 Pennsylvania’s ultra-liberal Governor Tom Wolf is threatening his veto pen yet again, this time outlasting his own moral bankruptcy.

The Commonwealth’s Republican legislature is set to introduce a bill, previously brought to the floor and rejected, that would deem performing abortions based on a prenatal Down Syndrome diagnosis a third-degree felony. This language would be in addition to Pennsylvania’s existing Abortion Control Act, which made Pennsylvania one of only eight states nationwide to ban abortion based on the unborn baby’s sex.

A few Republicans in the state legislature refer to the practice of abortion based on Down Syndrome as a form of eugenics, and rightfully so. Electing to kill your child based on abnormalities is the peak of immorality; this is not a pro-life versus pro-choice argument, the issue presented with this legislation is vested in the dignity of life of those with disabilities. When this practice was made legal in countries such as Finland, the rate of termination for unborn babies with Down Syndrome rose to nearly 100 percent.

Per their usual playbook, Planned Parenthood is labeling this legislation as an attack on women’s health and an additional restriction on abortion rights. Governor Wolf has been in the pocket of the nation’s largest abortion provider throughout his entire tenure as Governor, racking up a 1.5 million dollar donationfor his 2018 re-election campaign alone.

Banning abortions based on fetal down syndrome diagnoses is nothing short of common sense; allowing an unborn baby’s life to be cut short based on factors outside of their control is detrimental to society’s moral compass, and to the sanctity of all human life.