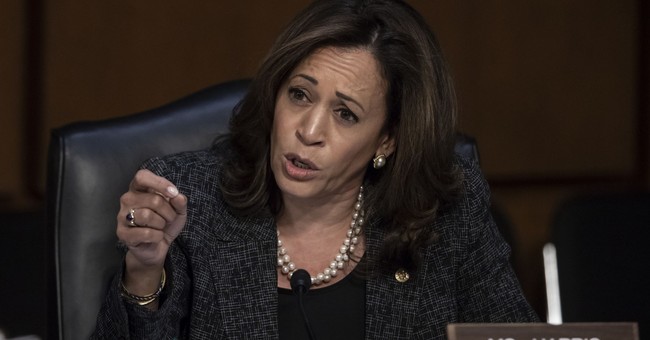 In the true spirit of the holiday season, Senators Kamala Harris (D-CA) and Mazie Hirono (D-HI) showed their true colors of bigotry and bias against Catholicism in a recent judicial confirmation hearing on Capitol Hill.

Before the committee was Omaha lawyer Brian C. Buescher, nominated by President Trump to represent the District of Nebraska on the United States District Court. Buescher is also a long-time member of the Knights of Columbus, an iconic service group of nearly two million Catholics, worldwide, that recruits members for volunteer work and fundraising for charitable causes. The Knights of Columbus have a distinguished reputation for selfless public service, charitable work and the promotion of Catholic values both within and outside of the church. Buescher’s membership did not sit well with Harris and Hirono, although the pair of potential 2020 contenders do not seem to actually understand the function of the Knights of Columbus society.

Originally founded in 1882, the Knights of Columbus started as a society benefitting poverty-stricken Catholic immigrants; now, the organization donates nearly 200 million dollars per year from approximately 15,000 chapters across twelve countries.

Senators Harris and Hirono insisted that Buescher’s membership gave him an inherent judicial bias, effectively disqualifying him from the opportunity to sit on the federal bench. Of course, Sen. Harris immediately defaulted to the gender card.

“Sen. Harris described the Knights as “an all-male society and asked if Buescher was aware that the Knights of Columbus “opposed a woman’s right to choose” and were against “marriage equality” when he joined,” the Catholic News Agency reported.

As anyone with a basic knowledge of the Catholic faith could easily confirm, the Knights of Columbus are, indeed, opposed to abortion and same-sex marriage, as the Catholic Church constitutes. However, as Americans saw in the confirmation hearings for then-Judge Brett Kavanaugh, and many other federal court nominees, Senate Democrats insist that any remote tie to a religious or Conservative organization is nothing short of a disqualifier. This vendetta against President Trump’s judicial nominees is attributed to the Senators’ anti-Conservative bias, but also a fundamental misunderstanding of the function of the courts and what a qualified judge truly looks like. A qualified nominee’s judicial intellect is derived from his or her years of studying the law, which builds their individual perspective on and interpretation of the law. Although ideology has potential to cloud judgement, impartiality, emotion and passion are not mutually exclusive; a judge’s ability to be impartial is completely dependent on their inclination to uphold the rule of law, however they see fit.

In response to a written question, per CNA, Buescher defended his judicial impartiality:

“...there is a difference between taking political positions as a candidate for elective office and serving as a federal judge. I believe a judge’s role and obligation is to apply the law without regard to any personal beliefs regarding the law.”

Judicial ability is not depleted by religion or ideology, or ties to related groups. The increasing bias from Senate Democrats against judicial nominees, fueled by the president who made the nominations, is a dangerous precedent to set for future confirmations. Judges should not be expected to be completely devoid of emotion, passion for certain causes or religious beliefs; these all uniquely shape each judge’s individual judicial philosophy.

Democratic Senators on the Judiciary Committee must put aside their obstructionist agenda, and look exclusively at the the objective judicial ability of nominees.