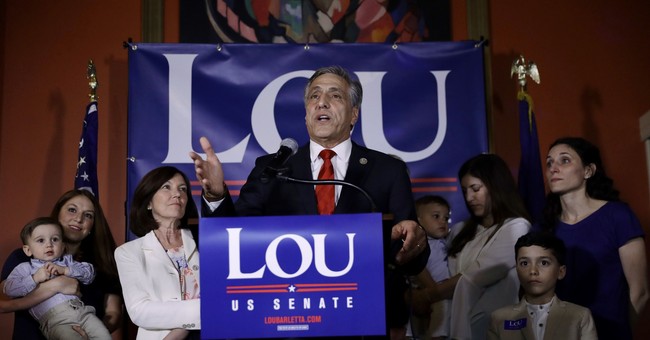 With just 22 days until the midterm elections and the fate of the GOP majority not yet secured, incumbent Senator Bob Casey Jr. unleashed an ugly attack on Republican challenger Lou Barletta.

The television advertisement aired across the Commonwealth starting Saturday, and framed Barletta’s position on healthcare as a danger to Pennsylvanians. The ad featured a woman whom Senator Casey has previously touted while making his case for a blanket healthcare standard within the Affordable Care Act, regardless of  the patient’s previous health history. The Casey campaign planted the woman in the ad to paint Barletta as radical, in an election year with healthcare at the center stage, especially for vulnerable Democrats:

“If Lou Barletta has his way, kids like mine could be denied the care they need. In Congress, Barletta voted to let insurance companies strip coverage for pre-existing conditions,” she says.

Barletta immediately clapped back at Casey’s advertisement, citing its inaccuracies and cruel insinuation. The GOP candidate also revealed that his 18-month-old grandson is battling cancer; he says that Casey was well aware of this.

“What does he think my daughter and my family is going to feel every time the commercial comes on? Is he proud of himself? Does he want to win that bad?” he said.

With Casey at a +16 average advantage against Barletta, it is odd that the incumbent Democrat released a vicious attack ad with less than a month of campaigning left. The two will face off on November 6th.