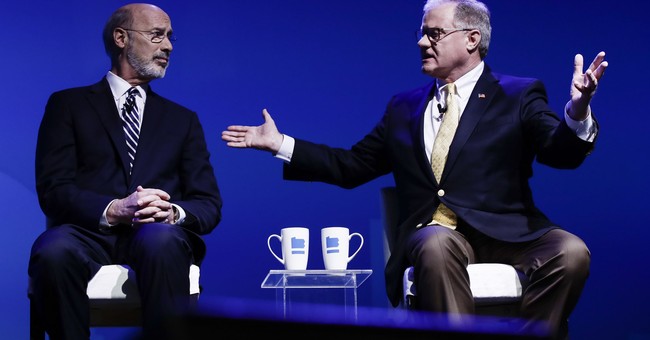 While Brett Kavanaugh’s nomination to the Supreme Court causes a nationwide controversy, complete with unsubstantiated allegations, vague stories, non-corroborating witnesses and the outrageous notion that Judge Kavanaugh may have drank beer in college, the landscape of due process for allegations sexual assault has been brought to the national spotlight.

The majority of leftist pundits and Democratic lawmakers have jumped to a conclusive decision to believe Dr. Ford and others who have brought allegations against Judge Kavanaugh before any investigation is complete, and, for some, even before Judge Kavanaugh had the chance to defend his honor.

The new narrative pushed by the Democratic Party and left-wing interest groups, #BelieveWomen, is not only a dangerous precedent that abandons due process and all basic principles of the law, but also is being blatantly used as a political tool.

Amidst a contentious Pennsylvania Gubernatorial election, GOP candidate Scott Wagner vehemently defended Judge Kavanaugh. Wagner called out the Senate Democrats’ shameful handling of the whole situation, which could have been put to rest before Judge Kavanaugh was even nominated, rather than making a national spectacle of Dr. Ford’s experience and fueling a presumption of guilt for Judge Kavanaugh. Wagner offered his sympathy for Dr. Ford, whose testimony gives the impression that she probably experienced a traumatic experience of some sort, while also condemning the Senate Democrats’ use of these allegations as a political weapon:

“We also witnessed the agony of a woman, clearly troubled by her experiences,” he said. “We cannot allow legitimate women's issues to be weaponized by the politically immoral. We cannot, any longer, tolerate scorched earth tactics for political gain."

Rather than allow for the FBI Investigation to return potential evidence to back up Dr. Ford’s story, incumbent Governor Wolf abandoned due process, a basic tenet of the American Judicial System, and subscribed to the politically motivated, ‘Believe Women’ narrative.

The Senate Judiciary Committee will likely vote on Judge Kavanaugh’s nomination by the end of the week, assuming the FBI Investigation finishes in a timely manner.