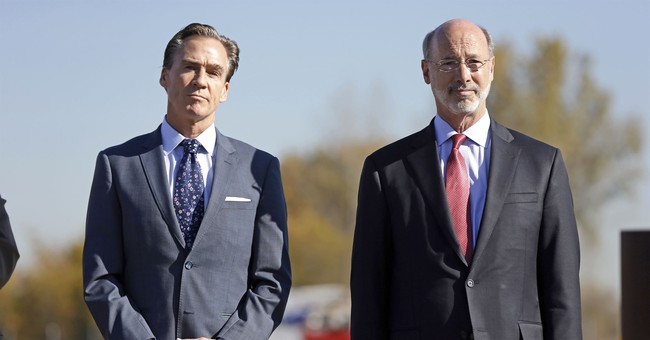 Wolf’s plan would directly affect 362 Pennsylvania school districts, incurring a total of $1.2 billion in education cuts, per the Pennsylvania Department of Education.

PA GOP Chairman @vdigiorgio67 at a press conference with @realScottWagner talking about Tom Wolf’s disastrous plan to cut $1.2 billion from 362 school districts and later talking with press about the dangerous rise of socialism. pic.twitter.com/MRSYGFglcV

The Republican Party of Pennsylvania is doubling down on their criticism of Governor Wolf’s new education policy with today’s launch of an affiliated website solely dedicated to exposing Wolf’s cut to education dollars.

“Governor Wolf believes it’s ok to take education dollars meant for three quarters of our school districts and use them to try reward the people who vote for him,” he said. “Rather than rolling up his sleeves and instituting the measures necessary to put more money into the classrooms in areas like Philadelphia, he wants to pass the burden of funding the City’s schools to families in other regions of the commonwealth. That’s wrong. By calling for the largest ever cut for 362 Pennsylvania school districts, Governor Wolf has now revealed his poor regard for our kids, and that for him, accountability, reform, and working to ensure that all students have access to a quality education is nothing more than talk.”