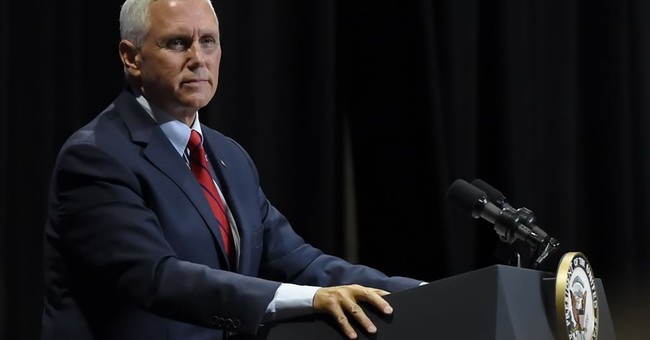 Amidst the beginning of a major election year for the GOP-dominated legislative branch, and for the Commonwealth of Pennsylvania, the Trump Administration is going on the offense for Pennsylvania Republicans. After his recent visit to the City of Brotherly Love to formally endorse former State Senator Scott Wagner in his bid for Governor, Vice President Mike Pence made a second trip to the Commonwealth to stump for Congressman Keith Rothfus (R. Sewickley). Rothfus represents part of the residential suburbs of Pittsburgh, in the newly-drawn PA-17 district, and is challenged by current Congressman Conor Lamb, who now represents PA-18 via a marginal victory against Rick Saccone in March’s special election. The Rothfus v. Lamb match-up is said to be one of the most closely watched Congressional races nationwide come November.

In his speech supporting Rothfus, who has been an ally of the Trump Administration in Washington, Vice President Pence went after Lamb’s voting record. During the special election, Lamb championed himself as being a strong opponent of House Minority Leader Nancy Pelosi, which largely increased his favorability in the district, but has not stuck to this campaign message. Pence called out Lamb for voting with Pelosi nearly ninety-percent of the time:

“Congressman Conor Lamb has been voting with the Nancy Pelosi liberals 90 percent of the time and your neighbors deserve to know it,” Pence said.

President Trump also came out swinging on Twitter for Rothfus and against Lamb, even coining the nickname ‘Lamb the Sham’ for the sitting Congressman:

...everyone how much he likes me, but he will only vote with Nancy Pelosi. Keith is strong on borders and tough on crime — and loves cutting taxes! #MAGA

Alliances with Pelosi have been proven to hurt Democrats in 2018. Given her infamous ‘crumbs’ and ‘armageddon’ rhetoric toward the GOP’s monumental tax reform bill, along with Pelosi’s inability to work with Congressional Republicans on virtually any issue, the Minority Leader’s favorability is at an all-time low, and voters would prefer new leadership; the GOP is rightfully capitalizing on this, putting Pelosi at the forefront of midterm attack ads. The Democrats’ lead on the Generic Congressional Ballot is narrowing as support for the monumental pieces of economic legislation passed by the House widens. Despite this, Pelosi fully intends on running for Speaker if the Democrats take back the House.

The 2018 midterms are crucial for Pennsylvania, now a swing-state that President Trump won, and both parties are faced with a hard fight to keep seats in Congress. PA-17 is home to a contentious race between incumbent Keith Rothfus and sitting PA-18 Congressman Conor Lamb, and will be a race to watch come the November midterm elections.