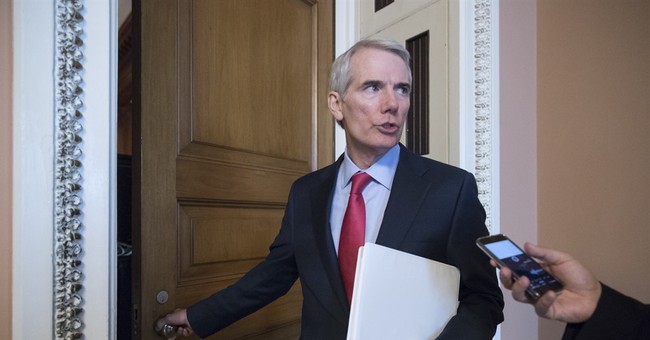 Despite best efforts by Republican leadership in the Senate, the controversial “repeal and replace” health care bill is dead in the Senate chamber. As an alternative, Senate Majority Leader Mitch McConnell (R-Ky.), in an attempt to keep the most crucial GOP campaign promise alive, put a repeal of Obamacare back on the table. The legislation mirrors the 2015 partial repeal bill that passed in the Republican Senate, which passed with a 52-vote majority.

Despite the overwhelming rally behind the repeal bill in 2015, bringing together moderate and conservative GOP senators alike, those same moderates who voted yes on legislation that is nearly the same as the current proposal are rejecting McConnell’s bill. Specifically, Bill Cassidy (R-La.), Rob Portman (R-Oh.) and Shelley Moore Capito (R-W.V.) have raised questions about the repeal legislation.

So, what was the motivation behind the “moderates” support of the 2015 Obamacare repeal? In all likelihood, the lawmakers knew that former President Obama would veto the legislation, and wanted to appease their conservative constituents. 3 years ago, Senator Portman insisted that Obamacare is a disaster and must be repealed, and replaced with a better plan, as McConnell's legislation calls for:

These deflections by so-called Republican lawmakers give the leadership a clear picture of which members of the Senate are committed to furthering the GOP agenda, and that of President Trump. These moderates will likely face backlash from their constituents for flip-flopping their Obamacare stance and not keeping campaign promises.

Obamacare repeal was on the ballot in 2016, and it brought many hesitant GOP voters to the polls. The repeal and replace of former President Obama’s health care legacy was at the center of President Trump’s platform, and to not deliver will hurt the GOP in 2018.

If McConnell can sway these hesitant moderate senators to get behind the partial repeal, the legislation will most likely pass through the Senate.