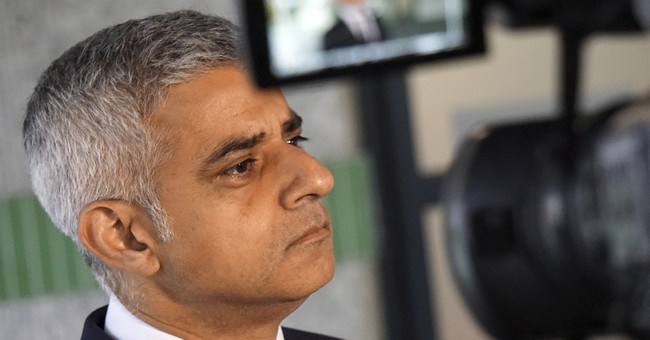 A Republican congressman went on the offense for President Donald Trump amidst a growing, heated feud between the president and the mayor of London, Sadiq Khan.

Rep. Chris Collins (R-NY), in an interview with CNN, spoke to the pair’s staunch disagreements and prolonged hostility that began before the Manchester terror attack:

“I could argue that the mayor started it [the feud] months ago...They are, you know, adversaries to the standpoint of jabbing each other...One thing we know about President Trump is, he does jab back,” Collins said.

The feud between the lawmakers escalated when then-candidate Donald Trump proposed a travel ban, which is seen by some as a “Muslim ban,” including Mayor Khan. After President Trump denounced Khan’s comment after the recent terror attack, in which the mayor claimed there was “no cause for alarm,” Khan called for the cancellation of Trump’s visit to the UK:

"I don't think we should roll out the red carpet to the President of the USA in the circumstances where his policies go against everything we stand for,” the mayor said in response to President Trump’s tweet condemning his post-terror attack comments:

The president tweaked the proposed ban policy after the recent terror attack in London, in attempt to take action against ISIS. The mayor of London still clashed with Trump on the necessary course of action to combat these consistent terrorism, saying that President Trump is not a loyal ally to the UK:

"When you have a special relationship it is no different from when you have got a close mate... You stand with them in times of adversity, but you call them out when they are wrong. And there are many things about which Donald Trump is wrong,” the mayor of London said.

President Trump and the mayor of London, Sadiq Khan, continue to disagree on foreign policy amidst multiple terror attacks.