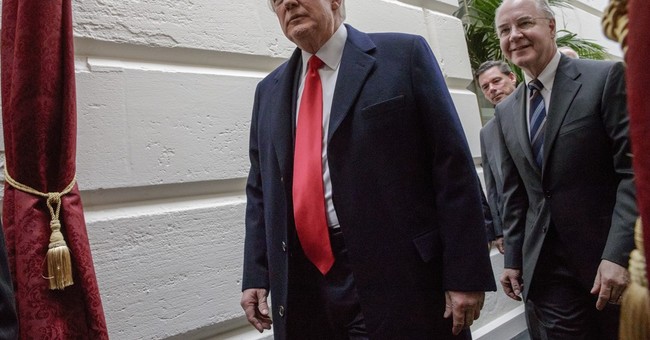 One of former President Obama’s most highly-praised regulations was the birth control mandate for employers within the Affordable Care Act. President Trump has been rumored to be preparing to reverse the Obama-era mandate.

The mandate, implemented by Obama in 2010, forces all employers to provide birth control and preventative care to female employees.

The religious liberty issue with mandating free birth control came to the surface under former President Obama, when the administration was challenged by many Christian companies and corporations, most notably Hobby Lobby. These employers had religious and moral obligations to providing contraceptives free of cost to their employees.

President Trump began the reversal process on May 4th, when he signed an executive order regarding religious liberty. With respect to the birth control mandate, the order addresses “conscience-based objections.”

As expected, women on the left are flipping out, claiming that Republicans and the Trump Administration are taking their birth control away. The cost-saving aspect is a popular talking point by advocates of the mandate:

The birth control mandate has allowed women to save money on out-of-pocket costs. It’s simple, rolling back this req. would cost women more. https://t.co/4S9PpMoguK

Today @POTUS is taking aim at access to birth control–something I never thought we'd be debating in the 21st century https://t.co/nHOsHBw69j

Proponents of the mandate recite the same narrative repeatedly whenever a rollback is proposed: that the mandate saves women money. Of course, when we don’t have to pay for something ourselves, we’re saving money. However, it is not the obligation of an employer to pay for birth control for female employees. Birth control is not a human right, it is a privilege, and it is certainly not the job of an employer to foot the bill for it. It is ironic that Democrats, who claim to be champions of gender equality, advocate for the birth control mandate. Such a measure seems to be favoring women, which is the opposite of equality. Special exceptions do not embody female empowerment.

The ideological question here is whether or not it is the obligation of an employer to fund their female employees' birth control. From an equality standpoint, absolutely not. This is nothing more than a special exception for women with no male equivalent. Working women have been led to falsely believe that it is their right as a woman to receive fully funded birth control from their employers. Advocates argue that the mandate is a leap in rights and equality for women, as if women had no birth control access prior to the mandate.

The constitutional infringement and government overreach is twofold. Firstly, the mandate compromises the First Amendment rights of employers with religious objections to birth control. Additionally, it creates a false notion that employers are somehow required to provide health care coverage to all of their employees.

The false narrative is that Republicans nationwide want to take away women’s birth control. Conservative opponents of the mandate are not anti-birth control and the end goal is not to take away any woman's access to it. The flaw with the contraceptive mandate lies in its compromise of religious liberty and government overreach. The First Amendment rights of employers who are forced to fund birth control, and who have religious objections to contraceptives, are violated with the mandate.

This is a rollback of a contraceptive mandate which infringed on the first amendment, not a birth control ban.