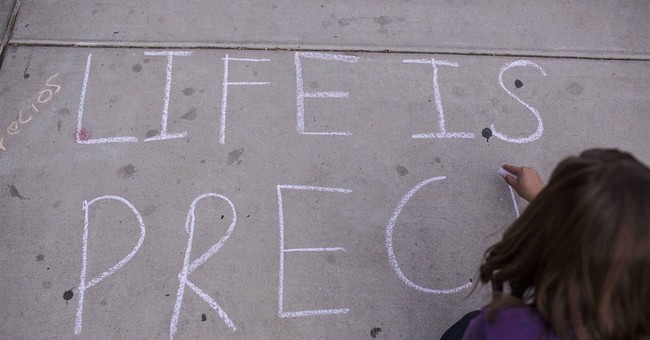 In October, Santa Clara University President Rev. Michael Enge moved to eliminate elective abortion coverage sponsored by the Catholic college. The faculty senate followed suit with a resolution passed last week that declares Enge's action "invalid" and indicates that the issue will be taken to the school's Board of Trustees.

Professor Nancy C. Unger was a leader in the movement to undo the university head's abortion coverage removal. She previously expressed her criticism on several grounds that ranged from the widely-accepted to the extreme, including that a unilateral decision goes against best higher education practices, that it is inappropriate given the language of Pope Francis, that employer-funded abortion is an essential component of religious freedom, and that a man should not make decisions on behalf of women:

Thus, many are surprised that the president made his decision so soon after Pope Francis, himself a Jesuit, criticized the Church for its "obsession" with abortion and called for a "clear sense of priority: healing wounds and warming hearts."

Santa Clara faculty and staff are not members of a Catholic parish. They are employees of a large corporation. Many fear that this denial of comprehensive abortion coverage is part of a wider effort to allow private employers to impose their religious beliefs on employees, denying a raft of health care services from abortion and contraception to vaccines. The decision came on the heels of a similar denial of coverage at Loyola Marymount University, also a Jesuit institution.

"Father knows best" is not a compelling argument here, especially when one man denies hundreds of women access to a procedure that he could never need. It's also no principle on which to run a university.

It seems the Santa Clara University faculty agree with Professor Unger, as the resolution to invalidate Enge's decision passed by a wide margin. The invalidation was just one of three parts of the proposal, and the resolution focused more on questions of procedure than of abortion itself. Inside Higher Ed reports:

All 627 faculty members were eligible to vote on the matter; voting ended last week. The section of the resolution to invalidate the new policy passed by a vote of 215 to 89. The section stating that the Senate would consider "further action" on the policy unless the Board of Trustees took action to reverse it passed by a vote of 202 to 102. A final section establishing a “Governance Committee” chaired by an outside academic to review the university’s operation of shared governance passed, 201 to 103.

Enge's administration has not yet formally responded, but the future of Santa Clara University's elective abortion insurance coverage now rests on the Board of Trustees.