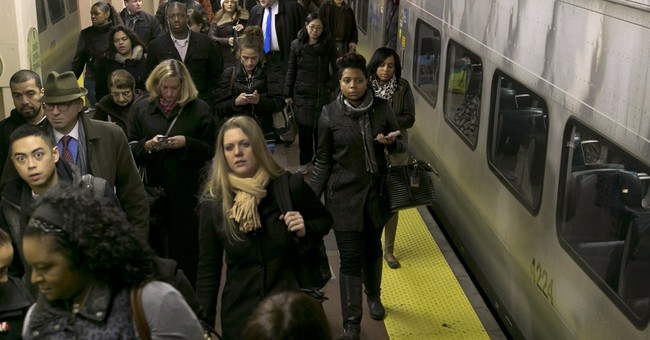 Jeff Boss, a conspiracy theorist who has failed in campaigns in New York City, New Jersey, and nationwide, has come to DC to run for mayor. I experienced his grassroots campaigning firsthand on the metro.

Boss boarded my train and began by exclaiming, "My name is Jeff Boss! I am running for DC Mayor!" He went on to describe himself as an "NSA whistleblower" who "personally witnessed the NSA arrange the 9/11 attacks." He rambled on to no response for the rest of the ride, including his inside knowledge of George W. Bush's record of substance abuse and "beautiful women" while in office. Luckily for me, he handed out helpful flyers at the end of the trip that reiterated his "platform."

I and others on this morning's train had better watch out. According to Boss, the "NSA is now giving everyone I campaign to $20,000 and threatening to kill them if they vote for me, donate money, or tell anyone that I witnessed the NSA arrange the 911[sic] attacks." With Townhall as my witness, it appears I have chosen to forfeit my life.

It is easy to dismiss this 9/11 truther as an extremist. Unfortunately, the man does have an electoral record. He ran for President of the United States in 2008 and 2012. In 2008, he also ran for the U.S. Senate in New Jersey - receiving a whopping 9,877 votes against an incumbent Senator. In 2012, he received 1,024 votes for U.S. President. To put that in perspective, there were multiple candidates in the 2012 election who fared worse than this 9/11 truther.

Most alarmingly, when Jeff Boss ran for governor of New Jersey in 2009 (again, against an incumbent), he managed to place third in the Democratic primary with 16,639 votes and 8.31% of voters. He was only a few tenths of a percentage point behind the runner-up.

If there is one thing Jeff Boss understands, it is the most basic way to win constituents over: handouts. His promises of "THINGS I WILL DO FOR YOU AS MAYOR OF THE DISTRICT OF COLOMBIA[sic]" include:

He will also somehow make DC a state, open the world's largest casino, build 100 unionized charter schools, and let people bring dogs to clubs. Despite his best efforts, not a soul on my train this morning was moved by these promises. Someone should let Boss know that campaigning in the least trusted city in America might require a different strategy.

Nobody can deny Boss's perseverance and willingness to exercise his First Amendment freedoms. Yet perhaps his ideas are best left to his pamphlets and websites rather than our morning commute.