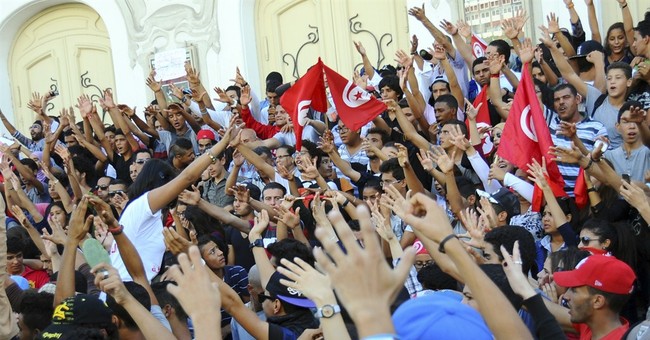 At a House hearing earlier this week on the progress of Tunisia three years after its revolution, Rep. Deutch captured the sentiments of many in the room when expressing that both Congress and the American people are paying "insufficient" attention to a country of top-priority significance to US foreign policy.

The panel of expert witnesses agreed on much between three testimonies. The hearing struck an optimistic tone as all present reiterated the fact that Tunisia is still the best chance for a functional democracy in the Middle East and North Africa region. This fact has become more pronounced as Egypt struggles to establish its own government amid intense turmoil.

A stable Tunisia would be a critical ally not only for America, but the country also has a record of close ties with Europe. A new government would show promise for normalized relations with Israel as well as a crucial partner in the fight against Al-Qaeda in the Islamic Maghreb (AQIM) - a major source of current tension in the region and especially in neighboring Libya.

Negotiations in Tunisia have presently stalled over the appointment of a caretaker government and interim prime minister, but the issue has largely fallen off the public political agenda of the globe. The House regional subcommittee on the Middle East and North Africa seemed sympathetic to providing financial incentives to Tunisia decision-makers.

The experts highlighted the potential for influencing success if the US would step up its rhetoric in favor of the immediate necessity of democracy and security, support an economic incentivization program that urges negotiating parties to return to the table, and prioritize the Tunisian crisis on the foreign policy agenda.

If America fails to do everything it can to ensure Tunisia's post-revolutionary success in this moment, we will suffer the consequences for many years to come.